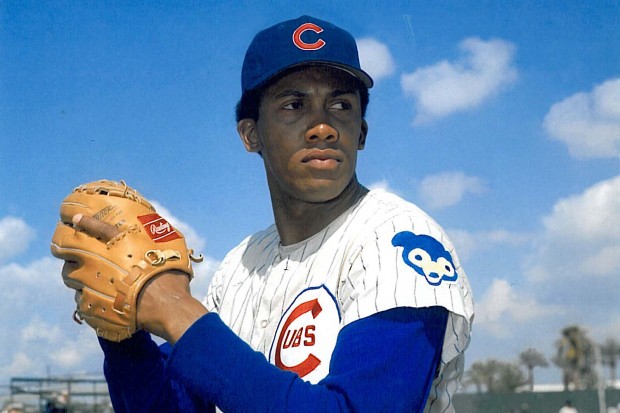 ·         North Delta Blue Jays alum James Paxton (Ladner, B.C.) will make his second career post-season start tonight for the New York Yankees in Game 2 of the American League Championship Series. The Yankees beat the Houston Astros 7-0 in the series opener on Saturday thanks to a solid start by veteran right-hander Masahiro Tanaka and a five-RBI game from Gleyber Torres. Paxton pitched the first game of the American League Division Series for the Yankees and allowed three runs in 4 2/3 innings, while striking out eight batters.

·         As a Canadian baseball history buff, it has long troubled me that the greatest Canadian big leaguer, Fergie Jenkins, never got to pitch in the major league post-season. For the bulk of the Chatham, Ont., native’s career, there were only two divisions in each league and Wild-Card teams were not introduced until well after he retired. If today’s MLB playoff format had been in place and the teams were set up in their current divisions (Yes, I realize there are more teams now, but humor me on this.), Jenkins would’ve been on seven teams that would’ve at least competed in a Wild-Card game, including the Chicago Cubs (1967 to 1970, 1972), the Texas Rangers (1974) and the Boston Red Sox (1977).

·         Let the campaign to get Larry Walker (Maple Ridge, BC) elected to the National Baseball Hall of Fame begin. This is the Canadian slugger’s 10th and final year on the writers’ ballot. Last season, his name was checked on 54.6% of baseball writers’ ballots. He requires 75% support to be elected. So this tweet (click on the link below) from A Haunted Game should help Walker’s case. Walker is one of just six major league players ever to record 350 home runs, 125 stolen bases, 65.0 WAR and less than 1,500 strikeouts The others are Al Kaline, Hank Aaron, Carl Yastrzemski, Carlton Fisk and Chipper Jones. In other words, every player on this list has a plaque in Cooperstown except for Walker.

·         The Philadelphia Phillies fired manager Gabe Kapler on Thursday, but it appears that 2019 Canadian Baseball Hall of Fame inductee Rob Thomson’s job with the organization is safe. Thomson (Corunna, Ont.) has served as the bench coach of the Phillies for the past two seasons. The Phillies also fired their pitching coach Chris Young, but Matt Gelb of The Athletic reported on Tuesday that the Phillies “have reached agreements or exercised contract options” for all of the other remaining coaches for next season. This would include Thomson. The question then becomes, does this make Thomson – who has a tremendous resume, including five World Series rings as a coach in the Yankees organization – a candidate to replace Kapler? I would hope so.

·         With that said, with Kapler being fired on Thursday, there are now eight big league managerial openings and two very strong Canadian candidates in Thomson and Stubby Clapp (Windsor, Ont.) who’s currently the first base coach for the St. Louis Cardinals. The last Canuck to hold a full-time big league managerial position was London, Ont., native George Gibson in 1934 with the Pittsburgh Pirates.

·         In this sports landscape where so many professional Canadian athletes seem to have excuses for not suiting up for their country in international competitions, Justin Morneau (New Westminster, B.C.) should be applauded for always answering the call for our country’s national baseball team. Morneau, who hasn’t played a major league game since 2016, is coming out of retirement to suit up for Canada at the WSBC Premier12 tournament that will take place from November 2 to November 17. Canada will compete in Group C in the 12-nation event at the Gocheok Sky Dome in Seoul, South Korea. They will have opening round games against Cuba, South Korea and Australia. The top two teams in the group will advance to Japan to compete in the Super Round from November 11 to 16. Two spots in the 2020 Olympic Games in Tokyo will be awarded at the event with one going to the highest finisher from the Americas and the other to the top finisher in the Super Round/Finals from the Asia/Oceania region.

·         Former London Badger Jamie Romak (London, Ont.) has completed another excellent regular season with the SK Wyverns of the Korean Baseball Organization (KBO). The right-handed hitting slugger batted .276 with 29 home runs and 95 RBIs in 137 games for the club. This is his third season with the Korean club and he set career KBO highs in doubles (28) and walks (73). Prior to his tenure in Korea, Romak played parts of two major league seasons with the Arizona Diamondbacks and Los Angeles Dodgers in 2014 and 2015.

·         What Montreal Expos player recorded the first hit in franchise history? The answer is Bob Bailey who rapped out a double off Tom Seaver in the first inning of the Expos’ first game at Shea Stadium on April 8, 1969. He also recorded the first RBIs in Expos history when that double cashed in Gary Sutherland and Mack Jones who had reached on an error and a walk respectively. Bailey, who’s one of the most underrated players in the Expos history, would’ve turned 77 today. In seven seasons with the Expos from 1969 to 1975, he belted 118 home runs and had a .368 on-base percentage and an .807 on-base plus slugging percentage (OPS). His 1970 season was his best. In that campaign, his slash line was a robust .270/.407/.597 and he socked 28 home runs in 131 games. Bailey passed away on January 9, 2018.

·         Howie Kendrick has been a clutch offensive performer for the Washington Nationals this post-season. Not only did the 36-year-old belt the game-winning grand slam in the 10th inning of his club’s Game 5 upset of the Los Angeles Dodgers in the NLDS, but he also scored the Nats’ first run and drove in their second in their 2-0 win over the St. Louis Cardinals in Game 1 of the National League Championship Series. It feels to me like Kendrick has been around forever. It turns out he was selected in the 10th round (294th overall) by Los Angeles Angels in the 2002 MLB draft. Among those selected ahead of him in the same round were Canadians LHP Dave Davidson (Richmond Hill, Ont., 283rd overall by the Pittsburgh Pirates) and catcher Luke Carlin (Hull, Que., 290th overall by the Detroit Tigers).

·         If you’re looking for a fun place to watch Game 3 of the World Series, you should come out to the Canadian Baseball Hall of Fame in St. Marys, Ont., on October 25 where they will be showing the game on a big screen in their new R. Howard Webster Visitors Lounge. Doors will open at 7 p.m. local time, with the game slated to begin at 8 p.m. Food, as well as alcoholic and non-alcoholic beverages, will be available for purchase during the game and a silent auction will take place. It is free to attend, but you must pre-register here. You can also tour the museum for regular admission prices.

·         Also, if you’re a Canadian baseball history buff (like me), mark November 9th and 10th on your calendar. Longtime Canadian Baseball Hall of Fame volunteer and co-founder of the Centre for Canadian Baseball Research Andrew North has announced that the fourth annual Canadian Baseball History Conference will take place in London, Ont., on those dates. This year’s event, which will again be organized by Andrew, will include a bus trip and tour to the newly renovated Canadian Baseball Hall of Fame in St. Marys, Ont. For more information and for a complete list of the fascinating baseball presentations, you can click on this link. The registration fee is $70. To register, please email Andrew North at mavrix@rogers.com.

·         This week’s trivia question: Bob Bailey had the first hit in Montreal Expos history, who had the first in Toronto Blue Jays history?  The first person to provide the correct answer will win a 1981 Topps Dave Stieb card, a 1983 O-Pee-Chee Andre Dawson card and a 1988 Donruss Roberto Alomar rookie card.

·         The answer to last week’s trivia question (Aside from Alfredo Griffin, who is the only other Blue Jays player to win the American League Rookie of the Year Award?) was Eric Hinske in 2002.

8 thoughts on “But What Do I Know? . . . James Paxton, Fergie Jenkins, Larry Walker, Rob Thomson”