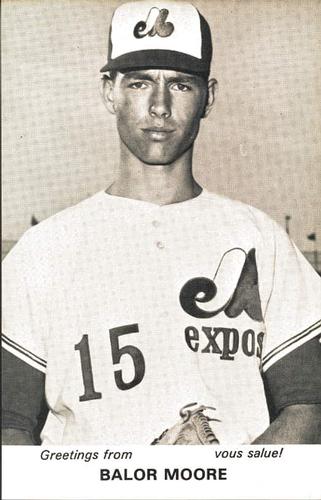 ·         The MLB Draft is set to begin tomorrow night at 7 p.m. E.T. in Secaucus, N.J. Thanks to the compensatory pick they will receive from the Cleveland Indians for Edwin Encarnacion, the Toronto Blue Jays will have two first-round selections (22nd and 28th overall). Lloyd Moseby, who, in 1978, became the second, first-round pick in Blue Jays history, will represent the club at the draft table. But whatever happened to the Blue Jays’ first-ever, first-round pick? In 1977, the Blue Jays selected a skinny 6-foot, high school shortstop out of Sidney, Ohio named Tom Goffena. I had the opportunity to interview Goffena when he visited the Canadian Baseball Hall of Fame in St. Marys, Ont. in November 2008. His spirit buoyed by his $38,000 signing bonus, Goffena reported to the Blue Jays’ Short-Season class-A Utica club as an 18-year-old and posted a .335 on-base percentage and swiped 15 bases in 60 games. He was progressing well until he suffered a serious back injury in 1978. He returned in 1979, but his speed had diminished and he batted just .229 in 83 games for class-A Dunedin and after a hamstring injury the following spring, he decided to hang up his playing spikes. Goffena returned to Ohio and settled into a successful career with the Shelby County highway department that lasted more than three decades.

·         Who was the first player ever selected by the Montreal Expos in the MLB amateur draft? The answer is left-hander Balor Moore, a high schooler out of Deer Park, Texas, whom the Expos took 22nd overall in the 1969 draft. After dominating in the minors, Moore enjoyed a breakout big league campaign with the Expos in 1972 when he posted a 3.47 ERA and struck out 161 batters in 147 innings in 22 starts. In 1973, he was a staple in the Expos rotation, making 32 starts and finishing second in the National League in strikeouts per nine innings (7.7) and 10th in fewest hits allowed per nine innings (7.7). In 1974, he suffered an ankle injury and made just eight big league appearances and after beginning the 1975 campaign in triple-A, he was sold to the California Angels and eventually underwent an early form of Tommy John surgery. Following a brief big league stint with the Angels in 1977, he was sold to the Toronto Blue Jays the ensuing April. He pitched parts of three seasons with the Blue Jays from 1978 to 1980 and split the 1981 campaign between the Milwaukee Brewers and Houston Astros triple-A affiliates before opting to retire. When he came back to Texas, he began working for Brittex International Pipe Supply in Houston and he now owns the company. One of his most trusted employees is former Blue Jays reliever Mike Willis.

·         Twenty-four years ago today, the Blue Jays reacquired Tony Fernandez from the New York Mets in exchange for outfielder Darrin Jackson. Fernandez excelled in his second stint with the Blue Jays, batting .306 with 50 RBI in 94 games down the stretch for the club in 1993. The Canadian Baseball Hall of Famer also hit .333 and recorded a team-high nine RBI to help the Blue Jays down the Phillies in six games in the World Series that year.

·         Stephen J. Nesbitt of the Pittsburgh Post Gazette reported yesterday that right-hander Jameson Taillon (Canadian citizen) will be activated to start for the Pittsburgh Pirates on Monday. Taillon made three rehab starts after undergoing surgery for testicular cancer on May 8. The 6-foot-7, 230-pound hurler, who was selected second overall in the 2010 MLB amateur draft and whose parents are Canadian, was 2-1 with a 3.31 ERA with 30 strikeouts in 35-1/3 innings in six starts with the Pirates prior to the surgery.

·         Twenty-two years ago today, Rondell White became the fourth Montreal Expos player to hit for the cycle when he went 6-for-7 in a 13-inning game against the San Francisco Giants at Candlestick Park. White registered two singles, two doubles, one triple and a home run. He also scored five runs and knocked in three. The Expos eventually won the game 10-8. For the record, the three previous Expos to hit for the cycle were Tim Foli, Chris Speier and Tim Raines. Brad Wilkerson and 2017 Canadian Baseball Hall of Fame inductee Vladimir Guerrero would also later accomplish this feat.

·         Ex-Blue Jays farmhand Ryan Schimpf was sent down to triple-A by the San Diego Padres on Friday. The move was somewhat of a surprise given that Schimpf has belted 14 home runs in 53 games this season, but his batting average was a lowly .158 and he had struck out 70 times in 197 plate appearances. After eight seasons in the Blue Jays system, Schimpf was signed as a minor league free agent by the Padres prior to the 2016 season and was a pleasant surprise for the club last year when he belted 20 home runs in 89 games as a 28-year-old rookie. While he played primarily second base for the Padres in 2016, he shifted to third base this season.

·         This week’s trivia question: On Tuesday, Cincinnati Reds left fielder Scooter Gennett became the 17th major league player to belt four home runs in a game. Canadian Baseball Hall of Famer Carlos Delgado is the only player to do this in a Blue Jays uniform, however, there are two ex-Blue Jays who have clubbed four home runs in a single major league game for other teams. Can you name them? Please provide your answer in the “Comments” section below. The first person to provide the correct answer will win a 1984 O-Pee-Chee Ryne Sandberg card and a 1985 Donruss Leaf Tom Seaver card.

·         The answer to last week’s trivia question (Who holds the Blue Jays record for most pinch hits in a season?) was Tony Fernandez who recorded 16 for the Blue Jays in 2001.

10 thoughts on “But What Do I Know? . . . Tom Goffena, Balor Moore, Tony Fernandez, Rondell White”