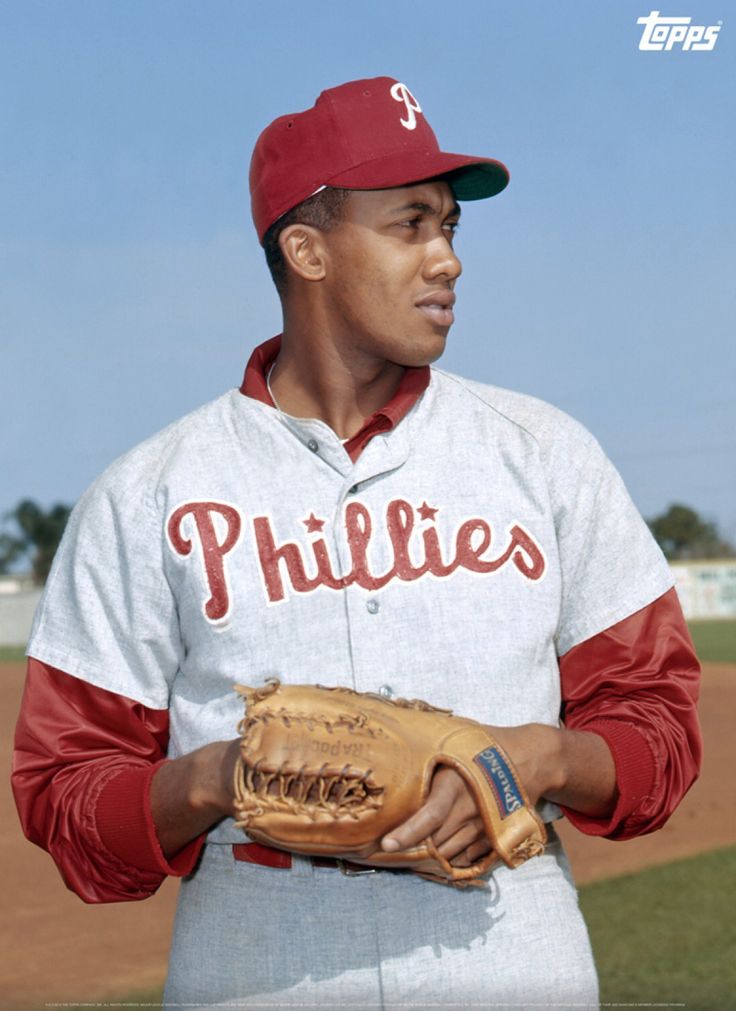 Fergie Jenkins can’t recall if he walked or ran to the mound when he was called in from the bullpen to make his major league debut with the Philadelphia Phillies on September 10, 1965 – 50 years ago today.

“I don’t know how I got there,” writes Jenkins in his 2009 biography, Fergie: My Life from the Cubs to Cooperstown. “It could have been one of those Star Trek things where they say, ‘Beam me up, Scottie.’ I just got there.”

The pride of Chatham, Ont., had been summoned in to relieve future Hall of Famer Jim Bunning in the eighth inning of a 4-4 tie with the St. Louis Cardinals in front of 16,333 fans at Connie Mack Stadium.

“Bunning was still there [on the mound], the catcher was Pat Corrales and manager Gene Mauch was there,” recalls Jenkins in his bio. “Mauch gave me the ball and said, ‘Go get’em, kid!’”

And go get’em the 22-year-old right-hander did. Jenkins reared back and threw a pitch that nearly beaned Cards’ shortstop Dick Groat. Fortunately for Jenkins, as Groat jumped out of the way, the ball hit his bat. Jenkins proceeded to strike Groat out on three pitches (a fastball and two sliders).

The young Canadian managed to keep the Cardinals off the scoreboard for 4-1/3 innings that day, before Corrales doubled off of left-hander Hal Woodeshick with two outs in the bottom of the 12th inning. John Hernstein then pinch-ran for Corrales and advanced to third base on a wild pitch, and after outfielder Tony Taylor walked, second baseman Cookie Rojas singled in Hernstein for the game-winning run.

With that, Jenkins had recorded the win in his first major league game. It was one of seven relief appearances that the 6-foot-5 righty would make for the Phillies in 1965.

It hadn’t been an easy road to the big leagues for Jenkins, so to emerge victorious from his debut must have been very rewarding for him. After signing with the Phillies as a free agent in 1962, Jenkins persevered through parts of four seasons in the minors where he would experience segregation and overt racism for the first time. Growing up in Chatham, Ont., Jenkins ate in the same restaurants and used the same washrooms as his white friends, but that was not the case in the deep American South. The discrimination was particularly bad in his parts of three seasons in Little Rock, Ark., where he toed the rubber for the Phillies’ Triple-A Arkansas Travelers. But Jenkins rose above this and posted a 2.95 ERA with the Travelers in 1965 to earn himself his first big league call up.

“We were in Little Rock, and after a game, [manager] Frank Lucchesi gathered us together and said, ‘Boys, the Phillies want you. You have to be there tomorrow,’” recalls Jenkins in his biography.

Jenkins was thrilled, but he and his fellow call-ups – a list that included Corrales, Alex Johnson, Grant Jackson, Billy Sorrell and Adolfo Phillips – had little time to celebrate.

“The big moment had come, not just for me, but for a group of us at the same time. You dream of how it will happen, what it will be like when you get the call to the majors, and it was terrifically exciting, but the reality also was that I hardly had any time to think. You never saw a group of guys pack so fast,” remembered Jenkins.

Meanwhile, back in Chatham, Jenkins’ parents Delores and Fergie Sr., were beaming with pride, as was Gene Dziadura, a high school teacher and part-time scout for the Philadelphia Phillies who had worked religiously with Jenkins to teach him the art of pitching.

After appearing in seven games with the Phillies in 1965, Jenkins pitched in just one game for the club the following season before he was traded to the Cubs with Hernstein and Adolfo Phillips for veteran starting pitchers Bob Buhl and Larry Jackson on April 21, 1966.

After spending the bulk of the 1966 season in the Cubs bullpen, he was converted into a starter in 1967. In his first season as a full-time starter, Jenkins recorded 20 wins and was selected to play in the 1967 all-star game. He followed that up by leading the National League with 40 starts and a 20-15 record in 1968. Those two seasons were part of a remarkable string of six consecutive 20-win seasons (1967 to 1972) for the Canadian superstar. His 1971 campaign ranks as his most impressive. That season, he led the National League with 24 wins, 30 complete games and 325 innings pitched and became the first Cub to win the Cy Young Award.

Dealt to the Texas Rangers following the 1973 season, Jenkins recorded a career-best 25 victories, 29 complete games, 245 strikeouts and a 2.82 ERA in 1974. The Canadian pitching legend retired with 284 career wins and as the only pitcher in history to record more than 3,000 strikeouts (3,192), while allowing fewer than 1,000 walks (997). Greg Maddux, Curt Schilling and Pedro Martinez have since joined that elite club.