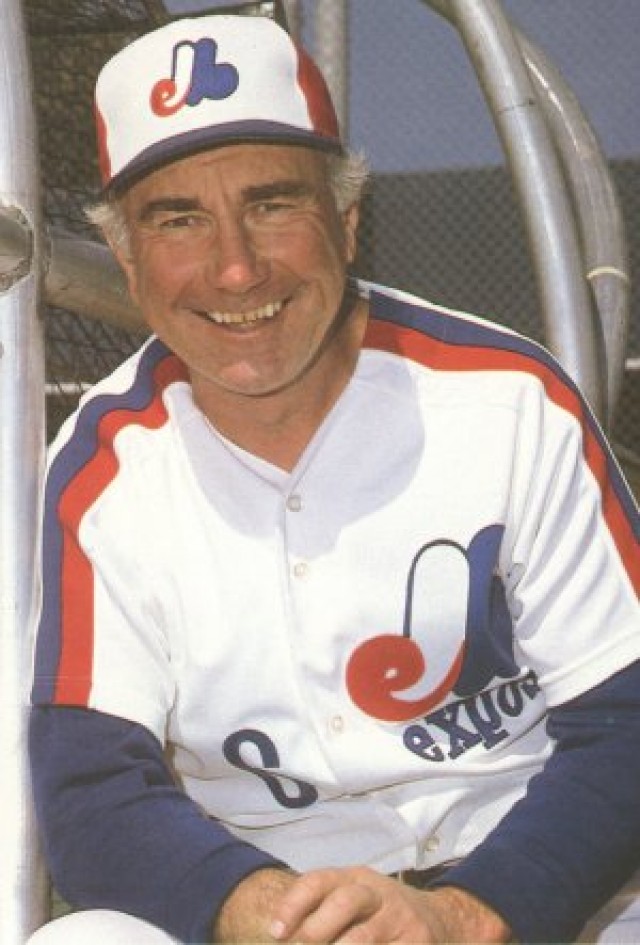 • When you see tributes to Jim Fanning on Twitter from everyone from former players like Tim Raines and Tim Burke to Liberal leader Justin Trudeau to several members of the Toronto media, you realize just how universally loved and respected “Gentleman Jim” was. Fanning passed away from heart failure yesterday at his home in London, Ont., at the age of 87. You can read more about Fanning’s legacy here.

• As Sportsnet’s Shi Davidi reported yesterday, when Michael Saunders (Victoria, B.C.) was activated from the disabled list and inserted into the Toronto Blue Jays’ starting lineup on Saturday, it represented the first time that three Canadian position players have been in a big league lineup at the same time. Russell Martin (Montreal, Que.) and Dalton Pompey (Mississauga, Ont.) also started for the Jays. Saunders, who went 0-for-2 with a walk in his Blue Jays debut, also became the 23rd Canuck to suit up for the club.

• Things are going just as I predicted this major league season: Devon Travis is leading the Blue Jays in home runs and RBI and 41-year-old, former Montreal Expo Bartolo Colon is leading the majors in wins. (OK, maybe not.)

• In reviewing the Toronto Star archives from March 1977, I learned that former San Diego Padres slugger Nate Colbert was competing for a job with the Blue Jays in their inaugural spring training camp. Colbert, a three-time all-star who had twice belted more than 35 home runs in a season, had spent parts of the previous two campaigns with the Montreal Expos. Unfortunately, as Blue Jays general manager Peter Bavasi put it, Colbert “did not seem to have any snap in his bat” and he was released on March 25 that spring.

• Former Blue Jay Kyle Drabek, the key prospect the Blue Jays obtained in the Roy Halladay deal with the Philadelphia Phillies on December 16, 2009, has cleared waivers and been assigned to the triple-A Charlotte Knights by the Chicago White Sox. On March 27, Drabek was claimed off waivers from the Blue Jays by the White Sox and he posted a 5.06 ERA in three relief appearances with the Sox before being designated for assignment. In parts of five seasons with the Jays from 2010 to 2014, the 27-year-old righty recorded a 5.07 ERA in 39 appearances.

• Canadian reliever John Axford’s two-year-old son Jameson has been released from a Phoenix-area hospital after a month-long stay to treat a rattlesnake bite. Jameson was reportedly playing in the backyard of the Scottsdale-area home that Axford was renting for spring training when he stepped on the snake. Jameson was treated with anti-venom medication to stop necrosis of his foot. Fortunately, Jameson’s condition has improved significantly and he’s now at home with Axford and his wife, Nicole, in Denver, Colo. Axford was activated by the Rockies on Thursday after spending 10 days on the club’s restricted list to be with his son.

• It’s too early to make a true evaluation of the young starters in the Blue Jays rotation, but if one of them should falter, the Blue Jays appear to have a solid fallback option in 27-year-old right-hander Scott Copeland, who is 2-0 with 0.90 ERA in three starts with the triple-A Buffalo Bisons. In those three starts, he has permitted just eight hits in 20 innings. Copeland was originally selected in the 21st round of the 2010 MLB amateur draft by the Baltimore Orioles. The Blue Jays signed him as a minor league free agent on July 24, 2012. Copeland split last season between the Jays’ double-A and triple-A affiliates and posted an 11-9 record and a 3.44 ERA in 31 appearances.

• One former Blue Jays prospect who has been outstanding this season is Anthony DeSclafani. The 25-year-old right-hander is 2-0 with a 0.86 ERA in three starts for the Cincinnati Reds. He was acquired from the Marlins on December 11, along with Chad Wallach (yes, Tim’s son) for right-hander Mat Latos. DeSclafani, was part of the package of prospects that the Blue Jays shipped to the Marlins on November 19, 2012 for Jose Reyes, Mark Buehrle and Josh Johnson among others. DeSclafani pitched in 13 games for the Marlins last season and posted a 2-2 record and a 6.27 ERA.

• This week’s trivia question: When North Delta, B.C., native Jeff Francis tossed 3-1/3 scoreless innings for the Blue Jays on April 19, he became the fifth Canadian left-hander to pitch for the club. Can you name two of the four other Canadian lefties to pitch for the Jays? Please provide your answer in the “Comments” section below. The first to provide the correct answer will win a 1978 O-Pee-Chee Steve Carlton card.

7 thoughts on “But What Do I Know? . . . Jim Fanning, Michael Saunders, Jeff Francis”