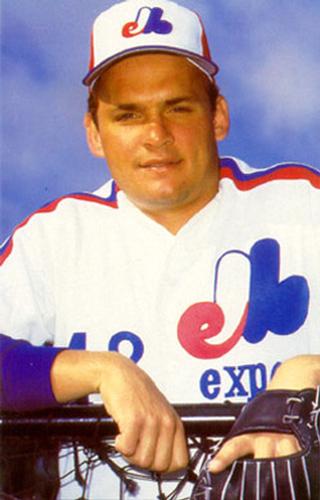 Former Montreal Expos pitcher Bob Sebra passed away on Wednesday in a Miami hospital at the age of 58.

Canadian Baseball Network writer Danny Gallagher, the author of several books about the Montreal Expos, was the first to report Sebra’s passing.

So sad to report that 1986-87 #expos P Bob Sebra died today after spending almost a full year in ICU at Jackson Memorial Hospital in Miami. He had been suffering for several years from various organ problems. He was 58. Condolences to his son @SebbieSebra & his family. pic.twitter.com/zumJKPiuE4

Sebra passed away from organ failure. Gallagher reported that Sebra had been hospitalized for almost a year after undergoing two multi-visceral transplants. Neither transplant had been successful.

Born in Ridgewood, N.J., Sebra played collegiate ball at the University of Nebraska-Lincoln and was selected in the fifth round of the 1983 MLB draft by the Texas Rangers.

After suiting up for parts of three seasons in the Rangers’ organization – including appearing in seven big league games in 1985 – the 6-foot-2 right-hander was dealt to the Expos on November 2, 1985 with infielder Jim Anderson for Pete Incaviglia.

Sebra began the 1986 season with the Expos’ triple-A Indianapolis Indians, posting a 9-2 record and a 3.43 ERA in 20 starts before he was recalled by the Expos. The then-24-year-old righty impressed the Expos’ brass down the stretch, making 17 appearances , including 13 starts, and registering a 3.55 ERA.

His most impressive outing was the two-hit shutout he threw against the eventual World Champion New York Mets on September 30, 1986 at Olympic Stadium.

“There’s no doubt about his talent,” Expos manager Buck Rodgers told the Montreal Gazette about Sebra after the game. “He’s got major league stuff as long as he can keep his delivery together.”

Sebra agreed with Rodgers’ assessment, saying he had to work on his delivery, but he was still excited about his performance.

“I don’t know what their [the Expos] plans are for me,” Sebra told The Gazette, “but I want to make sure they don’t forget about me.”

And they didn’t forget about him.

Unfortunately, he ended up back in triple-A the ensuing season before he was dealt to the Philadelphia Phillies on September 1.

He’d pitch parts of two seasons with the Phillies before completing his six-year big league career with stints with the Cincinnati Reds (1989) and Milwaukee Brewers (1990).