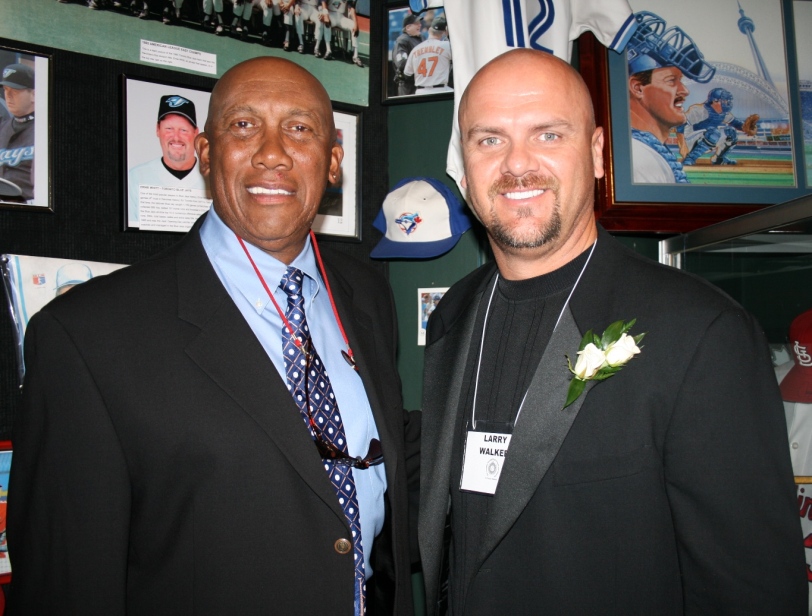 “Larry was a unanimous selection to our Hall of Fame in 2009 and we have been proud to tell the story of his trailblazing and record-breaking career in our museum. Over the years, both on and off the field, Larry has been a true inspiration and role model for Canadians. He has also been a strong supporter of the Canadian Baseball Hall of Fame & Museum and has never forgotten his roots. On behalf of the Canadian Baseball Hall of Fame, I would like to congratulate Larry on this well-earned and historic honour. We look forward to seeing him at his induction ceremony in Cooperstown this summer.”

When Larry Walker signed his first professional contract in 1984, he preferred the Montreal Canadiens to the Montreal Expos, but after the longtime hockey goalie decided to focus on the diamond, he evolved into the greatest position player Canada has ever produced.

Signed by fellow Canadian Baseball Hall of Famer, Jim Fanning, Walker toiled for parts of four seasons in the minors, before making his big league debut on August 16, 1989. A five-tool threat, Walker blossomed into an all-star outfielder in his six seasons with the Expos. After the strike-shortened, 1994 campaign, Walker inked a multi-year deal with Colorado, where he would enjoy his greatest big league success. His MVP award-winning 1997 campaign was one of the best single seasons in history. In that storied year, Walker belted 49 homers, drove in 130 runs and hit .366, to earn his first of three batting titles. He would hit .379 with 37 home runs and 115 RBIs for an encore in 1999. After more than nine seasons with the Rockies, the five-time all-star was dealt to St. Louis in August 2004. He would play his final season with the Cardinals the following year.