·         Last week, we shared a link to Shi Davidi’s Sportsnet article in which Montreal native and Los Angeles Dodgers catcher Russell Martin said he might retire after this season when his lucrative contract that he signed with the Toronto Blue Jays prior to the 2015 season expires. Well, after pitching another scoreless inning in relief for the Dodgers on Tuesday – his fourth such appearance this season – perhaps he should consider extending his career as a pitcher. And I’m only half joking here.

·         It’s been a rough couple of weeks for Victoria, B.C., native Nick Pivetta. After he allowed five runs (only one earned) in 2 1/3 innings against the Miami Marlins on August 23, he was sent down to the Philadelphia Phillies’ triple-A Lehigh Valley IronPigs the next day. It was his second demotion of the 2019 season. After struggling to a 5.80 ERA in 12 starts for the Phillies to begin the season, the 6-foot-5 right-hander was moved to the bullpen in mid-July. In his first eight relief appearances after his initial demotion, he had posted a 2.88 ERA and had 22 strikeouts in 17 innings. But he has since allowed two or more runs in four of his last five relief appearances. 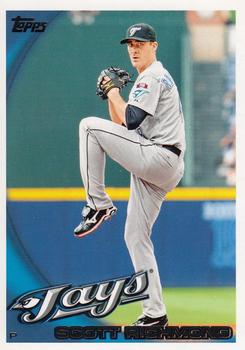 ·         Congratulations to Vancouver native and former Toronto Blue Jays pitcher Scott Richmond who recorded his 1,500th strikeout in professional baseball with the Can-Am League’s Quebec Capitales this past week (This was noted in a tweet by the Capitales). The now 40-year-old right-hander began his professional career with the independent Northern League’s Edmonton Cracker-Cats back in 2005 and eventually pitched parts of four seasons in the big leagues with the Blue Jays between 2008 and 2012. He has since toed the rubber professionally in a number of countries, including Korea, China, Australia, and Italy before landing in Quebec this season.With the Capitales in 2019, he has posted a 4.24 ERA in 102 innings in 17 starts. He was also a member of the silver medal-winning Canadian Senior National Team at the Pan Am Games this summer.

·         Congratulations to Longueuil, Que., native Abraham Toro who clubbed his first major league home run on Thursday. It came in the bottom of the ninth inning against Tampa Bay Rays closer Emilio Pagan in the Astros’ 9-8 loss. With the home run, Toro became the sixth Canadian to hit a home run in the major leagues this season (Vladimir Guerrero Jr., Joey Votto, Josh Naylor, Tyler O’Neill and Russell Martin are also on that list). The 22-year-old third baseman is now batting .200 and owns a .333 on-base percentage in seven big league games since his call-up. Prior to his promotion, Toro owned a combined .324/.411/.527 slash line in 114 games between double-A and triple-A this season.

·         Please take a moment to remember London, Ont., native and Canadian Baseball Hall of Fame inductee Tom Burgess who would’ve turned 92 today. Burgess signed with the St. Louis Cardinals in 1946. In his first professional season, he belted 16 home runs with the class-D Hamilton Cardinals, earning himself a promotion to Allentown (class B) the following campaign, where he hit .350 in 106 games. Following the 1948 season, he returned to London to complete his education for three years before resuming his pro career in 1952. His finest minor league season was with the triple-A Rochester Red Wings in 1953 when he hit .346 with 22 home runs and had 93 RBIs. His career year would earn a roster spot with the St. Louis Cardinals in 1954 before he returned to the minors for the next seven seasons. He enjoyed his longest major league stint with the Los Angeles Angels in 1962. After retiring as a player, he started managing with the Cardinals’ Gulf Coast League team at Sarasota in 1969. He piloted first-place minor league clubs at Modesto (1972), Johnson City (1975), Tulsa (1982) and Bristol (1985) and was a major league coach for the New York Mets (1977) and Atlanta Braves (1978). Following his professional career, he served as a coach on the Canadian national teams and helped hone the skills of big leaguers Jason Bay and Justin Morneau. For his efforts, he was inducted into the Canadian Baseball Hall of Fame in 1992. He passed away in 2008.

·         Happy 80th Birthday to Rico Carty! He was the first Blue Jays player ever to hit 20 home runs in a major league season. He did so for the Blue Jays in 1978. Used exclusively as a DH with the club, he enjoyed two big league stints in Toronto. By my calculation, Carty is the third oldest living former Blue Jays player behind Ron Fairly (81) and Phil Niekro who turned 80 on April 1.

·         For those who are still underwhelmed by Montreal-born Vladimir Guerrero Jr.’s performance (and I regularly hear from people that are), I present the graphic below from Sportsnet stats (click on the link). Through 100 major league games, Guerrero Jr. is ahead of his Hall of Fame father in home runs, RBIs and on-base percentage.

·         Forty-eight years ago today, Fergie Jenkins put together arguably the greatest all-around performance by a Canadian pitcher in a major league game. Not only did he toss a complete game, he belted two home runs for the Chicago Cubs to lead them to a 5-2 win over the Montreal Expos at Wrigley Field. Those were two of the six home runs that Jenkins hit in that his Cy Young Award winning, 1971 season.

·         Former Jay Marc Rzepczynski turned 34 earlier this week, which reminded me that he has one of the best and most fitting nicknames in baseball – “Scrabble.”

·         Thank you to Ontario baseball legend Ed Heather for sharing the following great nuggets of Intercounty Baseball League Galt/Cambridge Terriers trivia: In 1977, a 19-year-old Jesse Orosco pitched for the Cambridge Terriers. Orosco, of course, went on to establish the major league record for most appearances by a pitcher (1,252). On July 17, 1941, Cleveland Indians pitcher Jim Bagby Jr. ended Joe DiMaggio’s 56-game hitting streak. Bagby got DiMaggio to hit in a double play that was his last at bat of the game. Eight years later, Bagby played for the Galt Terriers. In 1945, Canadian Baseball Hall of Fame inductee and Toronto, Ont., native Goody Rosen batted .325 and scored 126 runs for the Brooklyn Dodgers to finish 10th in the National League MVP voting. Four years later, he began a two-season tenure with the Galt Terriers. 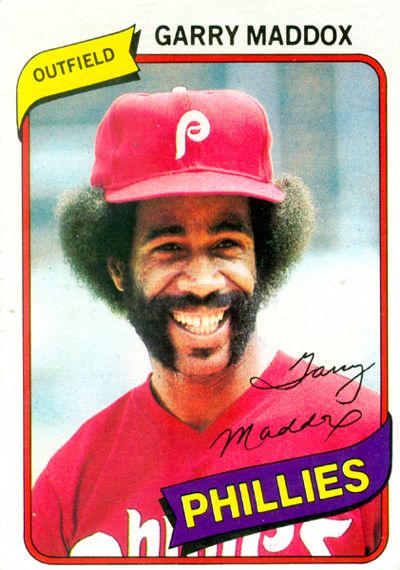 ·         As a centre fielder growing up, one of my favourite players to watch was Philadelphia Phillies Gold Glove outfielder Gary Maddox. He turns 70 today. Happy Birthday to him! His birthday brings to mind one of my favourite baseball quotes. “Two-thirds of the Earth is covered by water,” legendary slugger and broadcaster Ralph Kiner once quipped. “The other third is covered by Gary Maddox.”

·         This week’s trivia question: Who is the oldest living former Montreal Expos player? Please provide your answer in the Comments section below. The first person to provide the correct answer will win a 1974 Topps Montreal Expos team set.

11 thoughts on “But What Do I Know? . . . Russell Martin, Nick Pivetta, Scott Richmond, Tom Burgess”