But What Do I Know? . . . Ryan Dempster, Jason Bay, George Selkirk, Fergie Jenkins 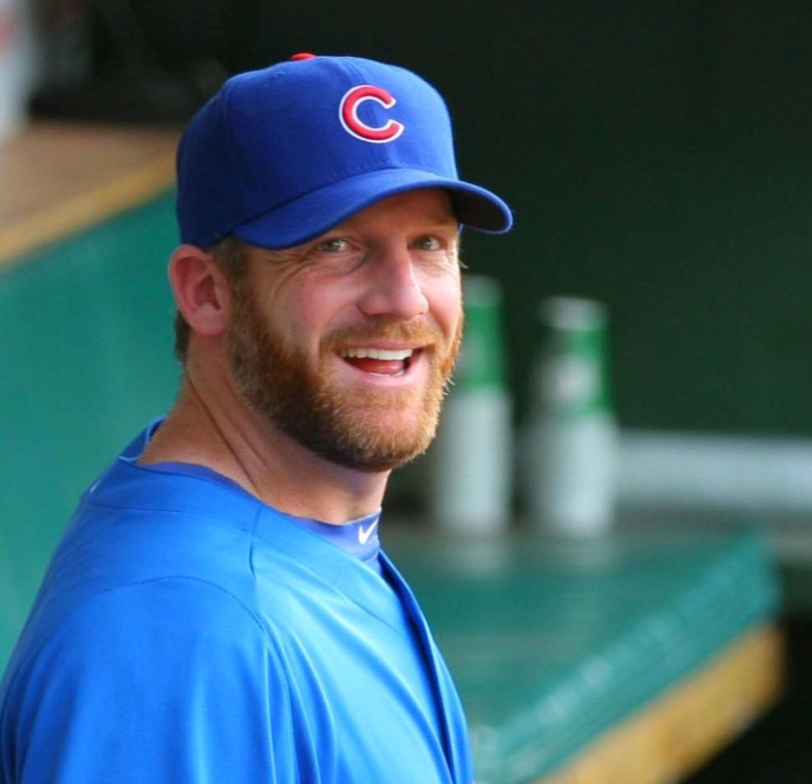 ·         With former slugger Jason Bay (Trail, B.C.) and versatile pitcher Ryan Dempster (Gibsons, B.C.) being inducted into the Canadian Baseball Hall of Fame together this summer, it got me wondering how Bay fared against Dempster in the major leagues. The answer is not very well. Bay was 2-for-16 (.125 batting average) with four strikeouts against his fellow 2019 inductee. The right-handed hitting outfielder did, however, enjoy facing Canadian lefty Jeff Francis (North Delta, B.C.). Bay was 8-for-14 (.571 batting average) with two home runs against Francis.

·         Speaking of 2019 Canadian Baseball Hall of Fame inductees, Corunna, Ont., native Rob Thomson may have won five World Series rings as a coach with the New York Yankees, but the first image of him that comes to mind when I hear his name is this 1989 London Tigers baseball card (below). Thomson served as the first base coach for my hometown squad, the double-A London Tigers, in 1989, before joining the New York Yankees organization the following year. 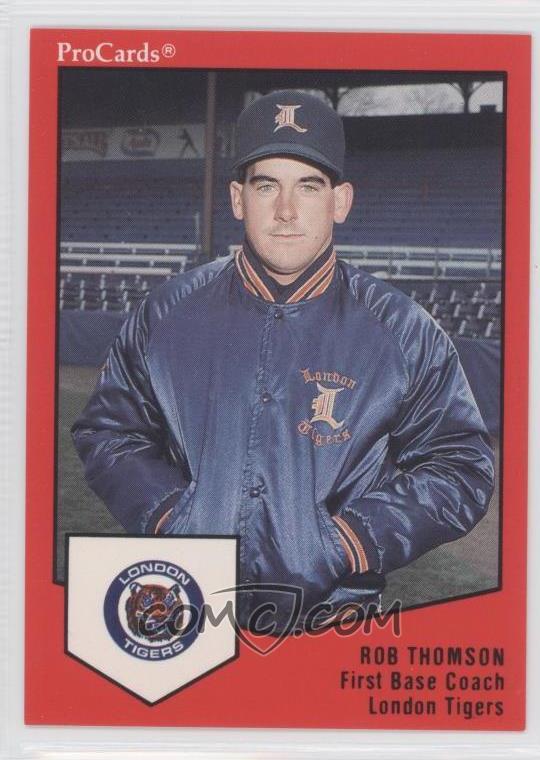 ·         I’ve been researching the career of Canadian Baseball Hall of Fame inductee and Huntsville, Ont., native George Selkirk for many years. This left-handed hitting outfielder had the unenviable task of replacing Babe Ruth in right field for the New York Yankees in 1934. In Selkirk’s nine seasons with the Bronx Bombers, he would bat over .300 five times and was a two-time all-star. Because Selkirk’s career ended 77 years ago, I never thought I’d see video of Selkirk batting, but thanks to former London Majors star and local baseball historian Dan Mendham, I was able to see the clip below from Flagstaff Films. If you click on the link, the Selkirk footage begins at about the 22-second mark.

Spring is in the air (from the Flagstaff Films baseball home movie archive) pic.twitter.com/9J6OzFi8Fy

·         I also stumbled upon this tweet (below) from Chicago Cubs blogger Curt Deppert who snapped a photo of Canadian baseball great Fergie Jenkins (Chatham, Ont.) at the final major league game the legendary right-hander ever pitched in. It was a relief appearance for the Cubs in a spring training contest on March 9, 1984 at HoHoKam Park in Mesa, Ariz.

·         When Toronto Blue Jays spring training begins each year, I immediately think of the photo below of the club’s first manager Roy Hartsfield showing players how to slide at the team’s first camp in Dunedin, Fla., in 1977. I think it’s safe to say that no Blue Jays manager since Hartsfield has been so demonstrative in teaching this skill. 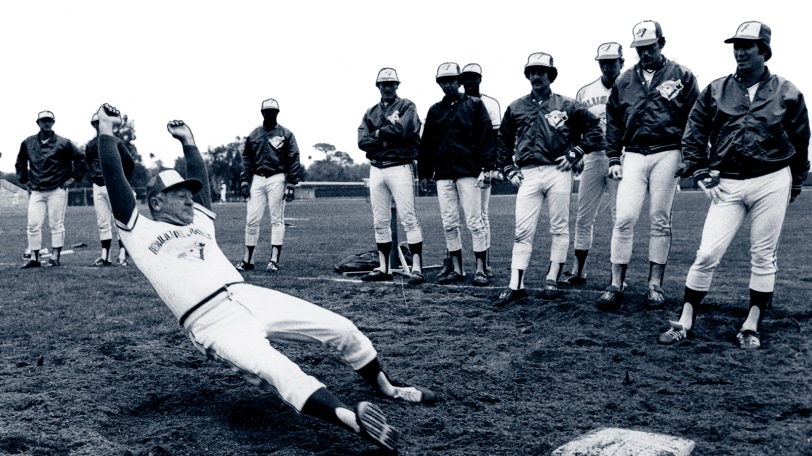 ·         And if spring training makes you feel nostalgic about the Montreal Expos (like it does me), here’s some great footage from the Expos’ 1982 spring training camp. Among the Canadian Baseball Hall of Famers you’ll see in this video are Gary Carter, Andre Dawson, Tim Raines, Steve Rogers and Jim Fanning. Some of the highlights include Raines taking infield practice at second base (1:56 mark of video) and Raines stealing a base, sliding into second just before a tag is applied (2:48 mark – to watch the entire stolen base) by Blue Jays great and fellow Canadian Baseball Hall of Famer Tony Fernandez in what must be a spring game between the two Canadian clubs.

·         Speaking of the Expos, the MLB Network’s Jon Heyman reported on Friday that 45-year-old Bartolo Colon is still looking for a contract to pitch in the big leagues this season. Colon is the last active player to have played for the Montreal Expos. In 17 starts for the Expos in 2002, the burly right-hander was 10-4 with a 3.31 ERA.

·         It was eight years ago today that the Blue Jays signed Jose Bautista to a five-year, $65-million contract. It would prove to be money well spent for Canadian general manager Alex Anthopoulos. After the deal, Bautista was selected to five consecutive all-star games, won two Silver Slugger Awards and never hit less than 22 home runs in a season. He also helped catapult the Blue Jays into the playoffs in 2015 and 2016 and his bat flip home run in the seventh inning of Game 5 of the 2015 American League Division Series against the Texas Rangers was one of the most memorable in franchise history.

·         Longtime major league scout and former Ottawa A’s player Tommy Giordano passed away on Thursday at the age of 93. The Newark, N.J. native hit two home runs in 11 games with the Philadelphia A’s in 1953 in his sole taste of major league action. But the gritty second baseman toiled in the minors in the Pittsburgh Pirates, Chicago White Sox, New York Yankees, A’s and Milwaukee Braves organizations for parts of 12 seasons. In 1954, while in the A’s organization, he suited up for 81 games with the club’s triple-A affiliate in Ottawa and batted .223 with six home runs. Following his playing career, Giordano became a highly respected scout for the Baltimore Orioles, Texas Rangers and Cleveland Indians. Among his best decisions was encouraging the Orioles to draft Cal Ripken Jr. in the second round in 1978. In recent years, he had worked as a special assistant to the general manager with the Atlanta Braves.

·         This week’s trivia question: Huntsville, Ont., native George Selkirk wore No. 3 for the New York Yankees after Babe Ruth left the club. One other Canadian also wore No. 3 for the Yankees before it was retired. Who is he? The first person to provide the correct answer will win a 1982 Donruss Andre Dawson card, a 1984 Donruss Gary Carter card, a 1985 Leaf Dale Murphy card and a 1987 Fleer Joe Carter card.

·         The answer to last week’s trivia question (Outside of Ryan Dempster, who is the only other Canadian to have recorded at least 80 wins and 80 saves in their major league career?) was John Hiller (Toronto, Ont.)

18 thoughts on “But What Do I Know? . . . Ryan Dempster, Jason Bay, George Selkirk, Fergie Jenkins”