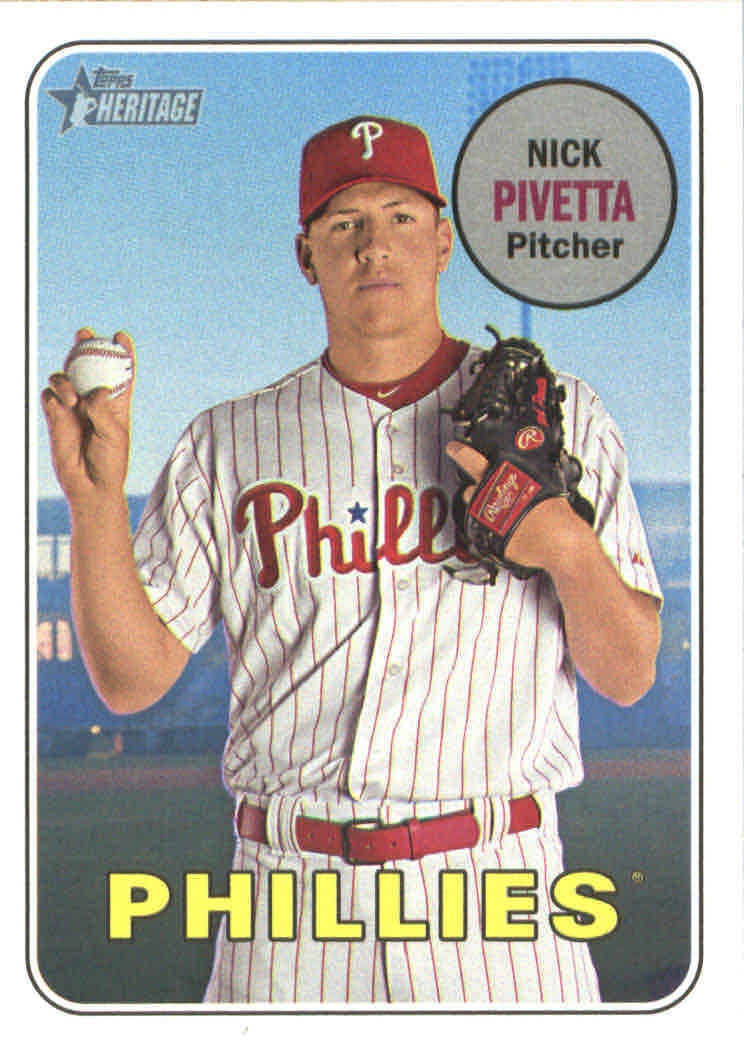 ·         Victoria, B.C., native Nick Pivetta made his first start at the Rogers Centre on Saturday. The 25-year-old right-hander started for the Philadelphia Phillies and allowed five runs and struck out four in 6 2/3 innings in his club’s 8-6 loss to the Toronto Blue Jays. Pivetta left the game when the Phillies were leading 6-5, but the Blue Jays rallied for three runs off relievers Seranthony Dominiquez and Victor Arano in the bottom of the eighth to overtake the Phils. Pivetta’s season record is 7-10 and he has struck 162 batters in 136 innings. Alexis Brudnicki wrote an excellent piece about Pivetta that was published on the Canadian Baseball Network prior to the game on Saturday. You can read it here.

·         It’s unlikely that Etobicoke, Ont., native Joey Votto will be activated by the Cincinnati Reds when he’s eligible to come off the 10-day disabled list today. The Canadian first baseman is still recovering after being hit in the right knee by a 96-mph fastball thrown by Washington Nationals reliever Ryan Madson in the eighth inning on August 4. Votto played through discomfort in his knee until August 17 when he was placed on the disabled list. By his lofty standards, the Canuck slugger is having a down season, batting .284 with nine home runs in 118 games, but he still leads the National League in on-base percentage (.422).

·         I was sad to learn that Kingsville, Ont., native and former big league pitcher Ozzie Van Brabant passed away on August 18 at the age of 91. The Canadian right-hander appeared in 11 games for the Philadelphia and Kansas City A’s in 1954 and 1955. On April 23, 1955, he, along with Glendon, Alta., native Eric MacKenzie, became the first all-Canadian battery in American League history. In total, Van Brabant toed the rubber in parts of five minor league seasons, including a stop with the triple-A Ottawa A’s in 1954. After hanging up his playing spikes, he became an electrician. He passed away in La Jolla, Calif., and is survived by four children, eight grandchildren and 10 great grandchildren. You can read his obituary here.

·         It was 29 years ago today that Dave Stieb pitched his fifth and final career one-hitter. This one was not nearly as dramatic as the two previous one-hitters in which he carried a no-hitter into the ninth inning. In this contest, Milwaukee Brewers centre fielder Robin Yount singled in the sixth inning. Mookie Wilson had four hits for the Blue Jays in their 7-0 victory that day, while Pat Borders homered and knocked in three.

·         Please take a moment to remember legendary Montreal baseball writer and 2009 Jack Graney Award winner Ian MacDonald who passed away three years ago today at the age of 87. MacDonald was one of the Montreal Gazette’s beat writers for the Montreal Expos from 1970 until the club was moved to Washington after the 2004 season. Born and raised in Montreal, he began his journalism career with the Montreal Herald and Montreal Star and began covering collegiate and amateur sports in 1953 before the assuming the CFL beat in 1959. Eleven years later, he joined the Gazette and began covering the Expos. MacDonald served as president of the Montreal chapter of the Baseball Writers Association of America (BBWAA) for 15 years, and acted as chair of the national association in 2001.

·         As far as I’m concerned, there’s been too much talk about Montreal native Russell Martin’s .198 batting average and not enough talk about his .342 on-base percentage (OBP) (which is better than the league average) this season. In 22 games since the all-star break, Martin has posted a .388 OBP and a .485 slugging percentage. And for all the criticism he has taken defensively for throwing out only 21 per cent of runners attempting to steal against him, he still has a 0.8 dWAR (Defensive WAR). Is he a $20-million player anymore? No. But his performance this season has not been as bad as people suggest.

·         Happy 93rd Birthday to former Montreal Expos hitting coach Billy DeMars! In a Canadian Baseball Network article last year, Danny Gallagher, who has written four books about the Montreal Expos with a fifth on the way in October, identified DeMars as the oldest living former Expos coach. DeMars served as a batting instructor with the Expos from 1982 to 1984. In all, DeMars coached for close to three decades in the Expos, Philadelphia Phillies and Cincinnati Reds organizations. Prior to his coaching career, DeMars was a shortstop/third baseman for parts of three seasons with the Phialdelphia A’s and St. Louis Browns between 1948 and 1951. He also suited up for 14 minor league campaigns, including four with the International League’s Toronto Maple Leafs from 1952 through 1955.

·         Thirty-six years ago today, Expos closer Jeff Reardon registered wins in both of ends of a doubleheader against the Houston Astros at Olympic Stadium. He pitched two shutout innings in the Expos’ 3-2 win over Nolan Ryan in the opener and returned to toss a scoreless eighth inning in the Expos’ 5-3 victory in the second game.

·         This week’s trivia question: Jeff Reardon notched 152 saves for the Montreal Expos, which is the most by any pitcher in franchise history. What Expos reliever recorded the second-most saves in franchise history (I’m not counting the Washington Nationals years)? Please provide your answer in the “Comments” section below. The first person to provide the correct answer will win a program from this year’s Canadian Baseball Hall of Fame induction ceremony.

·         The answer to last week’s trivia question (There are three current major league managers that played for the Blue Jays before they began their managerial careers. Kevin Cash is one of them. Who are the other two?) was Paul Molitor (Minnesota Twins) and Bud Black (Colorado Rockies).