But What Do I Know? . . . Joey Votto, Nick Pivetta, Willie Stargell, Andrew Albers

·         When I first heard Etobicoke, Ont., native Joey Votto’s comments about not caring “almost at all” about Canadian baseball, one of the organizations I felt most disheartened for was the Canadian Baseball Hall of Fame in St. Marys, Ont. The Hall operates on a small budget and largely survives on the passion and hard work of its director of operations Scott Crawford and his staff, its board of directors and dozens of generous volunteers. For seven of the past eight years, a group of Hall representatives has trekked to Cincinnati to present Votto with the Tip O’Neill Award, which they hand out to the top Canadian player each year. Presenting this award is one of the most anticipated events of the year for the Hall. So Votto’s words stung. But we’ve all said things we regret and Votto was quick to apologize and own his mistake. For their part, the Hall issued the following statement after Votto’s comments: “In response to the recent remarks by Joey Votto, the CBHFM was initially disappointed with his answer on a recent podcast to a question regarding Canadian baseball. Much like errors on the field, we should not be defined by the mistakes that we make. We are encouraged by Joey’s apology and are hopeful that this will help to continue to strengthen his bond with baseball in Canada. From his beginnings in youth baseball in Etobicoke, to being honoured numerous times with the Tip O’Neill Award as Canada’s most celebrated baseball player, to his attendance at the annual Baseball Canada Award Banquet, to his representation on Team Canada multiple times in the World Baseball Classic, Joey Votto has demonstrated his strong connection to baseball in this country. We look forward to celebrating Joey Votto’s great achievements for years to come.”

·         Lost behind the recent pitching heroics of Ladner B.C. native James Paxton, who has recorded a 16-strikeout game and a no-hitter in the past two weeks, has been the solid start to the season by Philadelphia Phillies right-hander Nick Pivetta (Victoria, B.C.). The 25-year-old righty struck out 11 and allowed just one run on two hits in seven innings for the Phils on Wednesday to record his third win of the year. Pivetta is now 3-2 with a 3.72 ERA with 53 strikeouts in 46 innings in nine starts. This is a significant improvement from his rookie 2017 campaign in which he finished 8-10 with a 6.02 ERA in 133 innings in 26 starts.

·         It wasn’t a great week for another young Canadian right-hander. Calgary native Mike Soroka was placed on the 10-day disabled list on Thursday with a shoulder strain. The 20-year-old Canuck had posted a 1-1 record and a 3.68 ERA in 14-2/3 innings in three starts for the Atlanta Braves since being called up at the beginning of May. Tests showed no structural damage to his right shoulder and both Soroka and Braves manager Brian Snitker say the injury isn’t serious. “It’s just a little tightness. It just kind of felt locked up in one certain spot,” Soroka told reporters about the injury. A graduate of the Canadian Junior National Team, Soroka was a first-round pick (28th overall) of the Braves in the 2015 MLB draft. Prior to being promoted by the Braves this season, Soroka was 2-0 with a 1.99 ERA with 24 strikeouts in four starts with triple-A Gwinnett.

·         It was 40 years ago today that Pittsburgh Pirates slugger Willie Stargell belted a pitch from Montreal Expos right-hander Wayne Twitchell 535-feet into the second deck in right field at Olympic Stadium for a two-run home run. It remains the longest home run ever hit at the Big O. It was his second round-tripper of the game and the 407th homer of Stargell’s illustrious career, which tied him with Duke Snider on the all-time list. The seat that the ball ricocheted off is now part of the Canadian Baseball Hall of Fame’s collection in St. Marys, Ont. 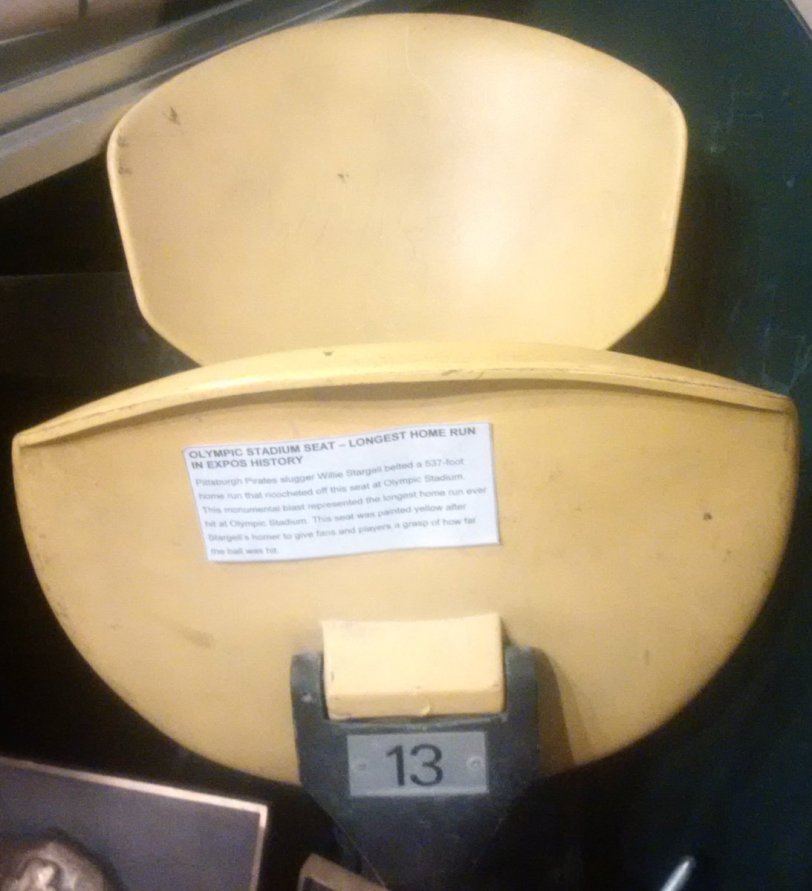 ·         Earlier this year, I spoke with North Battleford, Sask., native Andrew Albers, who after a strong stretch with the Seattle Mariners to end the 2017 campaign (5-1, 3.51 ERA in nine appearances) signed with the Orix Buffaloes of the Japanese Pacific League. Thank you to the Canadian Baseball Network contributor George Farelli for providing an update on how Albers is performing with his new team. In seven starts with the Buffaloes, the 32-year-old lefty is 5-1 with a 2.53 ERA and has been by far the best pitcher on the team. Prior to heading overseas, Albers pitched parts of four major league seasons with the Minnesota Twins, Toronto Blue Jays and the aforementioned Mariners.

·         Happy 53rd Birthday to former Blue Jays pitcher and two-time World Series champion Todd Stottlemyre! Who can forget his bloody chin after his headfirst slide into third base in Game 4 of the 1993 World Series? But that play was a testament to his intensity and grit, which helped make him a versatile and valuable pitcher on the successful Blue Jays clubs of the early-’90s. He won 11 or more games for the Blue Jays in each season from 1990 to 1993 and later toed the rubber for the A’s, Cardinals, Rangers and Diamondbacks, finishing his big league career with 138 victories in 14 seasons. He’s now a popular motivational speaker and author. You can view his website here.

·         In case you missed it, Victoria, B.C., native Michael Saunders asked for and was granted his release by the Baltimore Orioles on Tuesday. The left-handed hitting outfielder, who had inked a minor league deal with the O’s in April, was batting just .161 in 103 plate appearances with the triple-A affiliate Norfolk Tides. It’s unclear what’s next for the 31-year-old who has struggled since his all-star campaign with the Blue Jays in 2016. Saunders split 2017 between the Phillies and Blue Jays, where he hit a combined .202 with six home runs in 73 games. Saunders spent most of this spring with the Kansas City Royals before he was released on March 24. The Canuck veteran has socked 81 home runs in parts of nine big league seasons with the Mariners, Blue Jays and Phillies.

·         “If you drink enough beer in life, you’ll get an opportunity somewhere along the way.” That was Canadian Baseball Hall of Famer Paul Beeston’s response to Dan Shulman’s question about how he became the first employee of the Blue Jays. Shulman posed the question in the latest edition of his podcast “A Swing and a Belt.” Beeston, of course, is referring to meeting with fellow Canadian Baseball Hall of Famer Don McDougall, a Labatt’s executive, who spearheaded the beer company’s bid for a major league team in Toronto. Beeston, who hails from Welland, Ont., was working as an accountant with Coopers & Lybrand in London, Ont., when he was lured away by the Blue Jays job. As always, Beeston makes for an entertaining interview, you can listen to the entire podcast here.

·         This week’s trivia question. Who is the last player other than Joey Votto to win the Canadian Baseball Hall of Fame’s Tip O’Neill Award? Please provide your answer in the “Comments” section below. The first person to provide the correct answer will win a 1969 Topps Joe Torre card, a 1982 Topps Andre Dawson card, a 1989 Donruss Craig Biggio card and a 1990 Score Frank Thomas rookie card.

·         The answer to last week’s trivia question (Who is the last Canadian pitcher to start a regular season game for the Toronto Blue Jays?) was Shawn Hill on September 30, 2010.

14 thoughts on “But What Do I Know? . . . Joey Votto, Nick Pivetta, Willie Stargell, Andrew Albers”