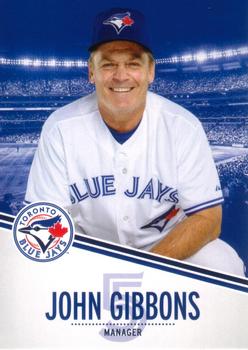 • Toronto Blue Jays manager John Gibbons certainly has his share of detractors, but let’s give him credit where credit is due. It was Gibbons who lobbied for Ben Revere to play every day after the speedy outfielder was acquired from the Philadelphia Phillies on July 31. And this week Revere made several key plays – including snagging a hard-hit line drive by Brian Dozier (that neither Danny Valencia or Chris Colabello would’ve caught) for the final out in the Jay’s tense 9-7 win over the Minnesota Twins on Wednesday. Gibbons has also masterfully used Justin Smoak as a defensive replacement at first base in the late innings. In Thursday’s 9-3 win over the Twins, Smoak scooped Josh Donaldson’s throw out of the dirt for the first out in the ninth inning and made a nice play on a ground ball for the second out. Those two plays essentially snuffed out any chance for a Twins’ rally. He also fielded a tricky grounder for the final out in the 10th inning of Friday’s 2-1 win over the New York Yankees. And Smoak has also contributed at the plate. His grand slam in the sixth inning of yesterday’s game was the first ever hit by a Blue Jay at Yankee Stadium.

• There may not be enough room for everyone jumping on the Blue Jays bandwagon. On Monday, Stephen Brooks, the Blue Jays senior vice president of business, tweeted that the club’s merchandise sales last weekend (August 1 and 2) were the best of any weekend in franchise history. Two days later, Sportsnet sent out a press release to announce that the TV audience for David Price’s debut on Monday was 1.39 million viewers – that was the largest non-home opener, non-season opener audience the station has ever had for a game.

• Canadian left-hander Adam Loewen (Surrey, B.C.) was recalled by the Philadelphia Phillies on Friday. When he pitches for the Phillies, he’ll become the first big leaguer to debut as a pitcher, then become a full-time positional player and then return as a pitcher since Johnny Lindell completed this feat in 1953. Selected fourth overall in the 2002 MLB amateur draft, Loewen pitched parts of three seasons with the Baltimore Orioles from 2006 to 2008 before an elbow injury seemingly ended his career on the mound. The Canuck left-hander decided to make a comeback as a positional player and he signed a minor league deal with the Blue Jays and eventually played 14 games as an outfielder with the big league club in 2011. After two minor league seasons in the Mets and Jays organizations as an outfielder, he signed with the Phillies in 2014 and began to pitch again. He has posted a combined 2.01 ERA in 40 relief appearances with the Phillies’ double-A and triple-A squads this season.

• On Wednesday, the Blue Jays signed Scarborough, Ont., native George Kottaras to a minor league deal and assigned him to the triple-A Buffalo Bisons. The Canadian catcher, who has spent parts of seven seasons in the big leagues, had registered a .403 on-base percentage and socked seven homers in 31 games in triple-A for the Chicago White Sox this season. Kottaras, who appeared in five games for the Blue Jays last September, has also enjoyed big league stints with the Boston Red Sox, Milwaukee Brewers, Oakland A’s, Kansas City Royals, Cleveland Indians and St. Louis Cardinals.

• The Montreal Expos made history on April 14, 1969 when they became the first big league team to host a game in Canada. The Expos proceeded to defeat the St. Louis Cardinals 8-7 in that game. Expos left-hander Dan McGinn pitched 5-1/3 shutout innings in relief of starter Larry Jaster to record the win. Thanks to longtime Montreal Expos fan and ace photographer Russell Hansen for sharing this link to 25 photos from the day of that first big league game in Montreal.

• After the Arizona Diamondbacks dealt utility infielder Cliff Pennington to the Blue Jays for minor league shortstop Dawel Lugo yesterday, the D-Backs called up Canadian Jamie Romak (London, Ont.) to fill Pennington’s roster spot. The soon-to-be 30-year-old Romak was batting .289 with 22 homers in 107 games with the triple-A Reno Aces this season, his 13th in professional baseball. After 12 seasons in the minors in the Atlanta Braves, Pittsburgh Pirates, Kansas City Royals and St. Louis Cardinals organizations, Romak, who can play first base, third base and the outfield, made his big league debut with the Los Angeles Dodgers last season.

• Reports emerged last night that former Toronto Blue Jays pitcher Brandon Morrow will undergo season-ending surgery on his right shoulder. The 6-foot-3 right-hander, who showed flashes of brilliance in parts of five injury-plagued campaigns with the Blue Jays, signed with the San Diego Padres prior to this season and had posted a 2.73 ERA in five starts before being sidelined in early May. He appeared to be on the road back to pitching for the Padres this season until he was yanked from his second rehab start after experiencing discomfort in his shoulder. He has since been diagnosed with an impingement in his throwing shoulder. For those counting, Morrow has had six different trips to the disabled list since 2009.

• This week’s trivia question is courtesy of Bill Young, who has co-authored (with Danny Gallagher) two excellent books about the Montreal Expos, Remembering the Montreal Expos and Ecstasy to Agony: The 1994 Montreal Expos. Recently LaTroy Hawkins became the 13th relief pitcher to record a save against all 30 major league teams. Of the other 12 pitchers who have accomplished this feat, one of them was a long-time closer for the Montreal Expos. Can you name him? Please provide your answer in the “Comments” section below. The first person to provide a correct answer will win 1984 Fleer and 1984 Topps Goose Gossage cards.