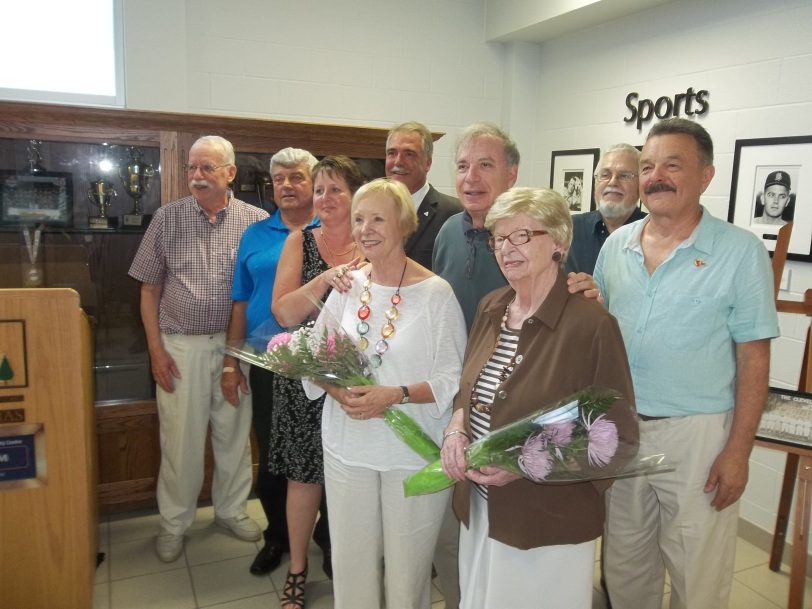 Just over 100 years after he walked to the plate to become the first batter to face Babe Ruth in a big league game, St. Thomas, Ont., native Jack Graney was honoured with a plaque on his hometown’s Wall of Fame.

The former Cleveland Indians outfielder and broadcaster, who singled up the middle against the Bambino in that historic at bat, was officially honoured in a ceremony at the Timken Centre on Monday afternoon that was a surprise gift to his 92-year-old daughter, Margot Graney Mudd, who was in town visiting.

“We knew we were coming to visit the ‘Graney Gang,’ but I was genuinely surprised about the ceremony. I had never thought of such a thing,” said Mudd, who had travelled by car from Plantation, Fla., with her daughter, Perry Mudd Smith. “The ceremony was very touching.”

Bill Rayner, a key member of a local group known as the “Graney Gang” that has passionately touted Graney’s accomplishments, had previously visited Mudd in Florida and was able to help organize the event without word leaking out to her.

“We told her that we wanted her to meet the mayor and sign the town registry,” he said.

But Mudd arrived at the Timken Centre on Monday afternoon to find several dozen people gathered to celebrate her father’s legacy, as well as a number of displays with photos of her dad. Former Montreal Expos manager and 2000 Canadian Baseball Hall of Fame inductee Jim Fanning was among the attendees.

“My dad would’ve been flabbergasted by all of this,” said Mudd of the ceremony. “He was a very modest person and he was a wonderful father. He was always funny and good-natured.

Graney, who passed away in 1978, was honoured for his 14-year big league playing career and his more than two decades as a broadcaster with the Indians. 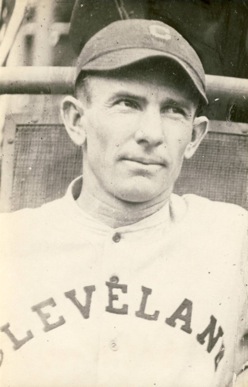 Graney’s road to the big leagues began in his hometown where he was discovered and recommended to the Chicago Cubs by local baseball legend and fellow Canadian Baseball Hall of Famer, Bob Emslie. After a season in the Cubs organization, Graney was sold to the Indians, where he would evolve into a steady, dependable outfielder.

On top of being the first batter to face Ruth in a big league game, Graney’s resume also boasts a number of other firsts. For example, on June 26, 1916, he would be the first major leaguer to bat wearing a number on his uniform. Four years later, he became the first Canadian to pinch-hit in a World Series game.

After his playing career, Graney became the first ex-player to make the transition to the broadcast booth, performing radio play-by-play for the Indians from 1932 to 1953. When the Indians won their second World Series in 1948, Graney was awarded another World Series ring, making him the only member of the organization to own two World Series rings. Mudd inherited both rings and they were on display at Monday’s event.

For his efforts, Graney was posthumously inducted into the Canadian Baseball Hall of Fame in 1984 in a ceremony in Montreal in which his daughter, Margot, threw out the first pitch to Expos catcher Gary Carter.

“I was never an athlete, so I remember throwing it underhand,” she recalled with a chuckle. 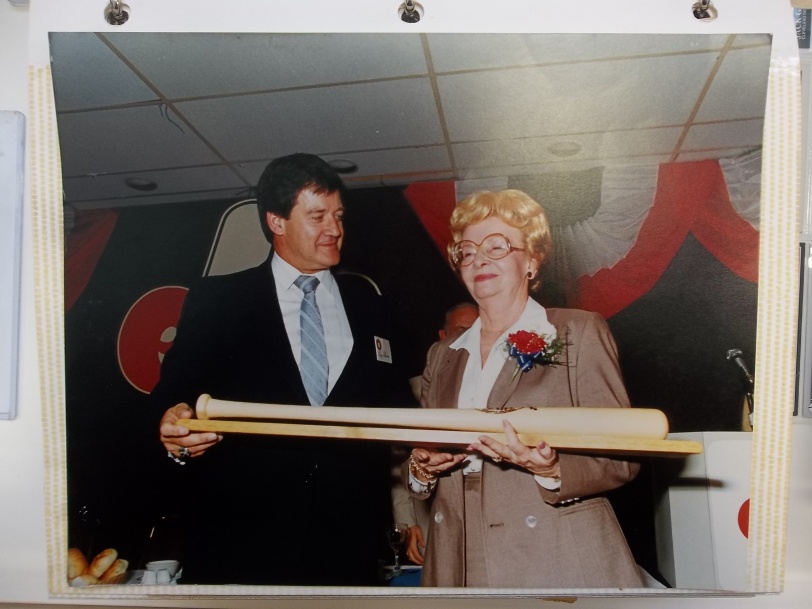 In 1987, the Canadian Baseball Hall of Fame created an award named in Graney’s honour that’s presented annually (in recent years) to a media member who has made significant contributions to the game of baseball in Canada through their life’s work.

Mudd was born and raised in Cleveland, but she did go to school in St. Thomas for one year. When asked about her memories of her father around the diamond, she remembers his patience.

“He must have been a very patient man because when he was broadcasting and I was off school, either high school or college, I always went to the games with him. And he always let me bring me a friend and when he went to the ballpark, here were these two giggly girls with him and he was so patient with us,” she remembered.

The addition of Graney’s plaque to the St. Thomas Wall of Fame is largely due to the efforts of the aforementioned “Graney Gang,” a local group of historians and sports enthusiasts that includes Rayner, Don Cosens, Steve Peters, Lesley Buchanan and Wayne McAteer. When the gang heard earlier this year that Mudd was planning a trip to St. Thomas this summer, they began lobbying for Graney to be honoured.

“Steve Peters and Lesley Buchanan, they’re the ones that really made the application and they have a lot of connections to city hall,” explained Rayner. “But it’s really been only the past six or seven months that we (the ‘Graney Gang’) have been getting together. We all bring something different to the table. It’s a great group and we all get along just fine, and we’ve had a ball doing this.”

Rayner hopes this honour is just the beginning of a year-long celebration of Jack Graney. Barbara Gregorich, who has written a book about Graney and his dog, Larry, who became the Indians unofficial mascot, will make a presentation in St. Thomas on August 10.

The ‘Graney Gang’ is also striving to have a school or ball park in St. Thomas named in Graney’s honour and they plan to begin a campaign to have Graney considered for the National Baseball Hall of Fame’s prestigious Ford C. Frick Award, which is handed out annually to a broadcaster for major contributions to baseball.

“He’s long been overlooked for that award,” said Rayner.