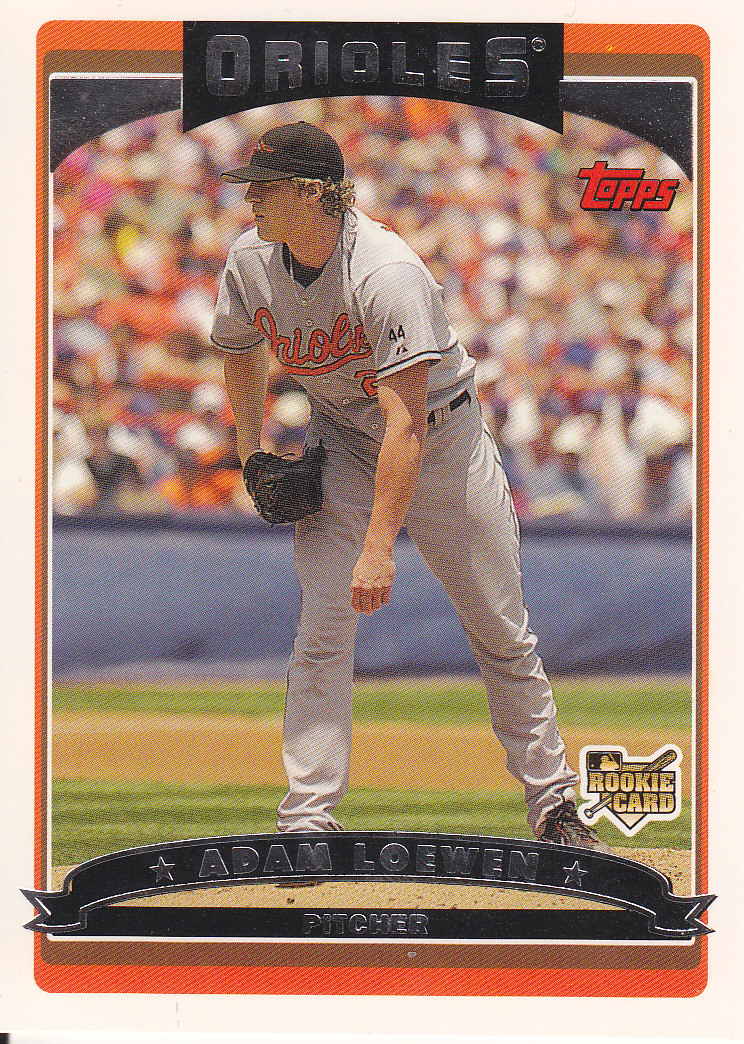 – Surrey, B.C., native Adam Loewen has now reached Double-A in his pitching comeback. Signed by the Philadelphia Phillies on April 16, Loewen posted a 2.61 ERA in two starts with the Phillies’ Class-A Clearwater Threshers before being promoted to the Double-A Reading Fightin’ Phils. In six starts with Reading, the 30-year-old lefty is 0-2 with a 4.72 ERA. Originally selected fourth overall by the Baltimore Orioles in the 2002 MLB amateur draft, Loewen pitched parts of three seasons in the big leagues from 2006 to 2008, before abandoning pitching due to elbow woes. The Toronto Blue Jays signed him as an outfielder in 2009 and he worked his way up through the club’s minor league ranks to play 14 big league contests in 2011. Here’s a detailed article about his pitching comeback.

– Speaking of 2002 first-round picks, North Vancouver, B.C., native Jeff Francis, who was taken ninth overall in that draft, was designated for assignment by the Oakland A’s on Thursday. After being claimed on waivers by the A’s on May 18, the 33-year-old southpaw had posted a 6.08 ERA in nine relief appearances for the A’s. Earlier in the year, the Canuck lefty made one start for the Cincinnati Reds. Now in his 10th big league season – eight of which were spent with the Colorado Rockies – Francis has recorded 70 wins and posted a 4.95 ERA.

– One of the best things about working at the Canadian Baseball Hall of Fame is that I learn a new piece of trivia almost every day I’m there. This past week I learned that inductee Frank “Shag” Shaughnessy, a longtime Montreal resident best known for his tenure as president of the International League from 1936 to 1960, was once traded for Frank “Home Run” Baker. On June 25, 1908, the Philadelphia A’s dealt Shaughnessy, then a modestly talented outfielder, to Reading of the Class-B Tri-State League for a player to be named later. To complete the transaction, Reading eventually sent Baker to the A’s. Baker proceeded to lead the American League in home runs from 1911 to 1913 to earn himself his famous nickname. Baker was inducted into the National Baseball Hall of Fame in 1955. Shaughnessy was honoured by the Canadian Baseball Hall of Fame in its inaugural class in 1983.

– Twenty-eight years ago yesterday, the Toronto Blue Jays dealt Doyle Alexander to the Atlanta Braves for a promising young right-hander named Duane Ward. Coming off back-to-back 17-win seasons for the Blue Jays, Alexander had struggled to a 4.46 ERA in 17 starts for the Jays in 1986. After joining the Jays, the hard-throwing Ward eventually became their set-up man. From 1988 to 1992, he often pitched the eighth inning before Tom Henke would close out games. When Henke signed with the Texas Rangers after the Jays’ 1992 World Series-winning season, Ward assumed the Jays closer’s duties and registered a team-record 45 saves in 1993, helping the Jays secure their second consecutive Fall Classic title. In all, Ward appeared in 452 games for the Jays – the second-most by a pitcher in franchise history.

– Former Jays reliever Scott Downs was released by the Chicago White Sox on Thursday and was signed by the Kansas City Royals on Sunday. The 38-year-old southpaw posted a 6.08 ERA in 38 games for the White Sox this season. After starting his big league career with the Montreal Expos in 2000, Downs joined the Jays in 2005 and spent six seasons with the club, establishing himself as one of the most reliable relievers in the game. He signed a three-year deal with the Angels after the 2010 season and was dealt to the Atlanta Braves on July 29, 2013.