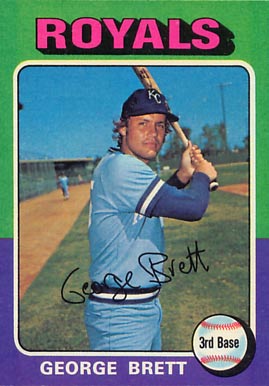 Any longtime Toronto Blue Jays fan is likely to tell you that.

And of the seemingly countless games in which the Hall of Fame third baseman teed off on Blue Jays’ pitching, Game 3 of the 1985 American League Championship Series (ALCS) stands out the most.

In that contest, the three-time American League batting champion almost single-handedly defeated the Blue Jays. With Toronto up 2-0 in the best-of-seven series, the Royals were desperate for a victory. And while Brett had smacked a solo home run down the right field line in the first inning and a double off of the right-centre field wall in the third, the Blue Jays still led 5-3 heading into the bottom of the sixth at Royals Stadium.

With 17-game winner Doyle Alexander on the hill, the Blue Jays seemed poised to take a 3-0 stranglehold on the series. But Brett had other ideas. After Willie Wilson singled to start the Royals’ sixth inning, Brett walloped a fastball from Alexander over the left-centre field fence to tie the game.

“He had hit three different pitches to three different locations of the ballpark,” recalled Buck Martinez, in his 1985 book, From Worst to First, of Brett’s first three at bats in that playoff game.

For good measure, Brett singled to lead off the eighth inning and came around to score the winning run in the Royals’ 6-5 comeback win. For the night, Brett was 4-for-4, with four runs and three RBI. The Royals, of course, went on the win the ALCS and the World Series.

This type of domination was hardly surprising from a player who registered 3,154 career hits (16th all-time), 665 doubles (sixth all-time) and is the only big leaguer to win batting titles in three different decades. A 13-time all-star in his 21-year big career, Brett was named the American League MVP in 1980 when he flirted with .400 (finishing at .390). He also evolved into a solid defensive third baseman and was rewarded with a Gold Glove Award in 1985. For his efforts, he was elected to the National Baseball Hall of Fame in 1999, his first year of eligibility.

Brett’s success against the Blue Jays over the course of his career helped him secure his plaque in Cooperstown. But while his 1985 ALCS performance might be his most memorable for Blue Jays fans, the Royals superstar also racked up some other significant accomplishments against the club and has some little-talked-about Canadian connections. Here’s a rundown:

– Brett was selected in the second round (29th overall) of the 1971 MLB amateur draft. The Montreal Expos had two opportunities to choose him, but instead selected high school shortstop Condredge Holloway, who later became a CFL quarterback, with their first-round pick (fourth overall) and high school left-hander Dan Warthen with their second round (28th overall) pick – one pick prior to the Royals selecting Brett. For the record, Mike Schmidt, another Hall of Fame third baseman, was selected 30th overall – one spot after Brett – by the Philadelphia Phillies. 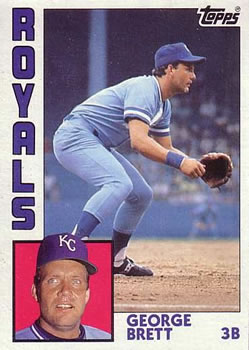 – Canadian baseball legend Fergie Jenkins (Chatham, Ont.) surrendered Brett’s first big league home run. Batting ninth for the Royals as they faced the Texas Rangers at Arlington Stadium on May 8, 1974, Brett clubbed a solo home run off of Jenkins in the seventh inning. Brett also recorded a double off of Jenkins in the Royals’ 4-2 win.

-The only game that Brett played in Montreal was the 1982 All-Star Game at Olympic Stadium. The Royals superstar was the American League’s starting third baseman and singled in both of his at bats against Expos right-hander Steve Rogers, before being replaced by Buddy Bell in the fifth inning.

– Brett hit for the cycle twice in his career. The first time was against the Baltimore Orioles on May 28, 1979 at Royals Stadium. Not surprisingly, the second time came against the Blue Jays. On July 25, 1990 at SkyDome in front of 49,855 fans, Brett singled and tripled off of Jays starter Todd Stottlemyre and then doubled and homered off of reliever Frank Wills in a Royals’ 6-1 win. You can watch highlights of it here.

– The only Canadian teammate Brett had during his 21-year big league career was Terry Puhl (Melville, Sask.), who suited up for 15 games with the Royals in 1991.

– Cambridge, Ont., native Rob Ducey was present for two historic games in Brett’s career. Ducey was playing left field for the California Angels on September 30, 1992 at Anaheim Stadium when Brett recorded his 3,000th major league hit. And Ducey was also the starting left fielder for the Texas Rangers when Brett played the final game of his career on October 3, 1993, a 4-1 Royals’ victory at Arlington Stadium.

– Aside from Jenkins, Brett faced six other Canadian pitchers during his big league career. He enjoyed his most success against Kapuskasing, Ont., native Kirk McCaskill, off whom he registered 13 hits in 34 at bats for a .382 batting average. He also smacked 10 hits in 29 at bats (.345 batting average) off of Toronto native John Hiller. The other four Canadian hurlers he batted against were Reggie Cleveland (Swift Current, Sask.), Vince Horsman (Halifax, N.S.), Dave Pagan (Nipawin, Sask.) and Paul Quantrill (Port Hope, Ont.).