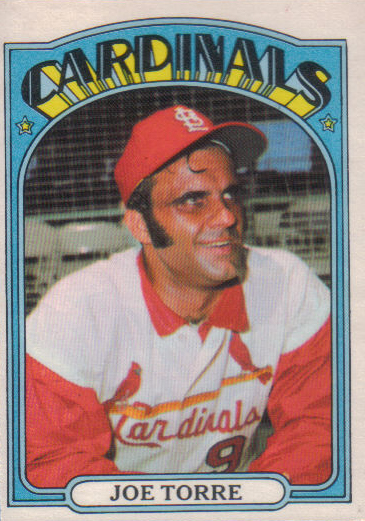 In a previous blog entry, I noted that Bobby Cox and Tony La Russa – two of the three legendary managers recently elected to the National Baseball Hall of Fame – spent portions of their professional careers in Canada.

Cox, of course, managed the Toronto Blue Jays for four seasons from 1982 to 1985, while La Russa manned second base for the Triple-A Vancouver Mounties (Pacific Coast League) in 1968.

But what about Joe Torre, who will also be feted in Cooperstown this coming July? Does the four-time World Series-winning manager, who also hit .297 during his 18-year playing career, have any Canadian connections?

Well, Torre did not play for or manage a Canadian team, but some memorable moments during his playing career occurred north of the border. He has also fared well against Canuck pitchers and has shared the dugout with several Canadians during his more than five decades in professional baseball.

Here’s a rundown of some of Torre’s Canadian connections:

– The right-handed hitting Torre was a nine-time all-star and he loved to hit in Montreal’s Jarry Park. In 64 games there, Torre batted .332 (his third-best batting average in any stadium) and belted nine home runs.

– Torre enjoyed 16, two-homer games during his career, one of which came at Jarry Park on May 11, 1971. Batting cleanup and playing third base for the St. Louis Cardinals, Torre took Expos righty Carl Morton deep for a two-run blast in the fifth inning and reliever John Strohmayer over the fence for another two-run shot in the ninth. The Cards won the game 10-4 and the winning pitcher was Canadian Baseball Hall of Famer Reggie Cleveland (Swift Current, Sask.). Hall of Fame lefty Steve Carlton also contributed a scoreless inning of relief for the Cardinals.

– Torre also registered 26, four-hit games and, again, one of those took place at Jarry Park while he was with the Cardinals. Batting fifth and playing third base in the second game of a double-header on August 6, 1974, Torre rapped out three singles and a double in the Cards’ 9-4 victory. Expos ace Steve Rogers, who was elected to the Canadian Baseball Hall of Fame in 2005, surrendered two of Torre’s hits.

– The aforementioned Reggie Cleveland was a frequent beneficiary of Torre’s offensive outbursts. Of Torre’s 26, four-hit games, the Canadian right-hander was the starting pitcher in four of them and pitched in relief in another.

– On top of sharing a dugout with Cleveland, Piche and Raymond, Torre was also teammates with two other Canadian Baseball Hall of Famers: Cito Gaston (Atlanta Braves, 1967) and Rusty Staub (New York Mets, 1975). It should also be noted that Canadian Baseball Hall of Famers John McHale and Jim Fanning were in prominent executive roles with the Milwaukee/Atlanta Braves while Torre was playing with the club.

– Torre faced three Canadian pitchers and fared well against all of them. He registered 32 hits – including five homers –  in 109 at bats versus Chatham, Ont., native Fergie Jenkins. He also hit .344 with two homers against Canadian Baseball Hall of Famer Ron Taylor (Toronto, Ont.) and was 4-for-13 with a round-tripper off of Raymond.

– In 29 years as a big league skipper, Torre managed close to 200 games against the Montreal Expos. His best season against the Expos occurred when he was managing the St. Louis Cardinals in 1992. That season he led the Cards to a 12-6 record versus the Expos. His worst season facing the Expos was 1979, when, as the dugout boss for the New York Mets, his club prevailed just three times in 18 games versus the Canadian club.