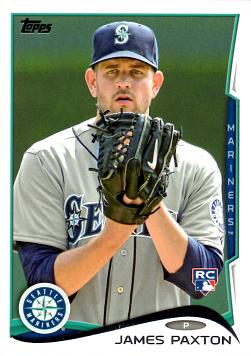 ·         If I’m a Canadian major leaguer, I’d consider wearing full body armor in the field these days. In the past two weeks, three Canadians, James Paxton (Ladner, B.C.), John Axford (Port Dover, Ont.) and Joey Votto (Etobicoke, Ont.) have been hit with fast-moving baseballs and all three are now on the disabled list.

·         Paxton just can’t seem to catch a break in his injury-riddled, six-year big league career. Just three batters into Tuesday’s game against the Oakland A’s, the Seattle Mariners southpaw was nailed on the left forearm by a line drive off the bat of A’s second baseman Jed Lowrie. As a result, the 6-foot-4 lefty has been placed on the 10-day disabled list for the second time this season. Paxton made just three starts after being activated from his previous DL stint due to lower back inflammation. The Canuck left-hander has posted a 10-5 record with a 3.68 ERA and has struck out 176 batters in 139-1/3 innings in 24 starts this season. The M’s, who trail the A’s by three-and-a-half games for the final American League wild-card spot, desperately need Paxton to return as they battle for their first playoff appearance since 2001.

·         Axford suffered a similar fate when Colorado Rockies outfielder Gerardo Parra’s hard-hit grounder ricocheted off his right leg in the eighth inning last Sunday, leaving the Canadian hurler with a fracture in the tip of his fibula. He, too, has been placed on the 10-day disabled list, but will likely be sidelined for at least three weeks. The 6-foot-5 right-hander was making his third appearance with the Dodgers after being acquired from the Toronto Blue Jays at the trade deadline. Axford had posted a 3-1 record and a 4.41 ERA in 45 appearances with the Blue Jays prior to being swapped to the Dodgers. He is in his 10th major league campaign and he had previous stints with the Milwaukee Brewers, St. Louis Cardinals, Cleveland Indians, Pittsburgh Pirates, Rockies and A’s.

·         Votto was beaned in the right knee by a 96-mph fastball thrown by Washington Nationals reliever Ryan Madson in the eighth inning on August 4. The Cincinnati Reds first baseman had been playing through the injury until he was placed on the 10-day disabled list on Friday. By his lofty standards, Votto is having a down season, batting .284 with nine home runs in 118 games, but he still leads the National League in on-base percentage (.422).

·         This injury, however, didn’t stop Votto from playing his 1,546th major league game on Monday, moving him past Justin Morneau (New Westminster, B.C.) into fourth on the list of games played by a Canadian. He now trails only Maple Ridge, B.C., native Larry Walker (1,988 games), Fredericton, N.B. native Matt Stairs (1,895) and Montreal native Russell Martin (1,601) on that list. By the way, Martin played in his 1,600th big league game on Wednesday. 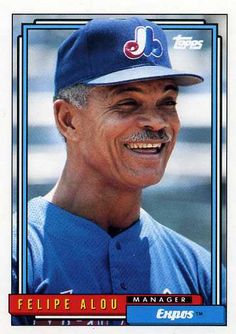 ·         It was 20 years ago today, that Canadian Baseball Hall of Fame inductee Felipe Alou managed the Montreal Expos to an 8-2 win over the Arizona Diamondbacks for his 521st victory as Expos skipper. This pushed him past Buck Rodgers for the most wins by an Expos manager. Alou would finish with 691 wins as the Expos bench boss.

·         Happy 42nd Birthday to Wyoming, Ont., native and national team pitcher Brett Gray. If you haven’t already read it, you should read Ryan Fagan’s extensive piece on The Sporting News website about the June 3, 2000 game at Labatt Park in London, Ont., in which Gray struck out 25 batters as a member of the independent Frontier League’s London Werewolves.  According to Fagan, Pittsburgh Pirates farmhand Ray Necciai is the only hurler to fan more in a nine-inning game. Necciai had 27 strikeouts in a 1952 Appalachian League contest. The jersey Gray wore in his 25-strikeout game resides in the Canadian Baseball Hall of Fame’s collection in St. Marys, Ont.

·         We all know how great of a pitcher Canadian baseball legend Fergie Jenkins (Chatham, Ont.) was, but he could also handle the bat. A prime example of this is that 48 years ago today, he clubbed one of his 13 career major league home runs and tossed a complete game to lead the Chicago Cubs to 12-2 win over the San Diego Padres at Wrigley Field. Jenkins also singled and struck out 11 in that game. One of the runs that Jenkins allowed was a solo home run to a 26-year-old Padres centre fielder named Cito Gaston.

·         The Tampa Bay Rays have one starting pitcher, no offensive stars, the lowest MLB payroll and a front office that’s trying to ensure the team loses, yet on Thursday, they completed a series-win against the mighty New York Yankees and are now 62-61 on the season. I would hope former Blue Jays catcher Kevin Cash is an American League manager of the year candidate.

·         Please take a moment to click on this link to support the Canadian Baseball Hall of Fame’s quest to receive $10,000 in funding from Southwestern Ontario fuel company Dowler-Karn who is giving away $75,000 to celebrate its 75th anniversary. The Hall is asking for $10,000 to assist in completing a garden and to purchase furnishings and exhibit cases.

·         This week’s trivia question: There are three current major league manager that played for the Blue Jays before they began their managerial careers. The aforementioned Kevin Cash is one of them. Who are the other two? Please provide your answer in the “Comments” section below. The first person to provide the correct answer will win a 1978 Topps Rollie Fingers card, a 1979 Topps Carlton Fisk card, a 1987 Topps Bo Jackson rookie card and a 1991 Upper Deck Final Edition Jim Thome rookie card.

·         The answer to last week’s trivia question (This one-time National League MVP and seven-time all-star who recorded 2,712 major league hits played his final 13 major league games with the Blue Jays after he was picked by the club off waivers one September. Who am I referring to?) was Dave Parker, who was 12-for-36 (.333 batting average) in his final 13 big league games with the Blue Jays in 1991.