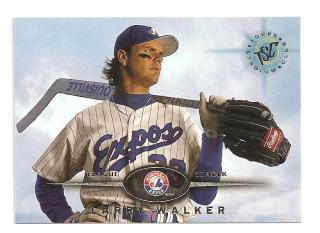 • Adding intrigue to 24-year-old lefty Matt Boyd’s start with the Toronto Blue Jays on Saturday is that he’s reportedly the type of prospect that the Philadelphia Phillies covet in a deal for closer Jonathan Papelbon. Boyd, who allowed four runs in 6-2/3 innings in his major league debut, has posted a combined 7-2 record and a 1.26 ERA at double-A and triple-A this season. The Phillies would, of course, have to add money to the deal to offset Papelbon’s salary this season and in 2016. Amidst all of the trade rumors that have been following him around, Papelbon has continued to be effective. He owns a 1.88 ERA and has recorded 13 saves in 28 games.

• If the Blue Jays can’t land Papelbon, don’t be surprised if the club takes a run at Colorado Rockies closer John Axford (Port Dover, Ont.) who has 13 saves and a 2.42 ERA in 24 appearances this season. The Blue Jays had interest in Axford in the off-season, but the 6-foot-5 right-hander inked a one-year, $2.6-million contract with the Rockies. Axford would represent a cheaper alternative to Papelbon.

• When I was reviewing New York Yankees legend Joe DiMaggio’s career statistics this week, the most interesting thing I discovered is that the player he most compares to, according to Baseball Reference, is Maple Ridge, B.C., native Larry Walker. You’d think this would bolster Walker’s case for a plaque in Cooperstown.

• Hindsight is 20-20, but the Blue Jays must look back at the first round of the 2010 MLB amateur draft and cringe. The club selected right-hander Deck McGuire, who’s now in triple-A in the Los Angeles Dodgers’ organization, while two picks later, the Chicago White Sox chose a beanpole southpaw named Chris Sale. Sale is a three-time all-star and leads the American League with 129 strikeouts this season. Of course, 12 other major league teams also passed on Sale in that draft and to be fair, the Blue Jays did select Aaron Sanchez (34th overall), Noah Syndergaard (38th overall) and Dalton Pompey (486th overall) in that draft.

• I’m reading a great new book called Split Season 1981: Fernandomania, The Bronx Zoo and the Strike that Saved Baseball. In it, author Jeff Katz reveals that the Montreal Expos TV contract in 1981 paid them $6 million. This was $2 million more than the New York Yankees were receiving for their TV rights.

• Raise your hand if you thought Marco Estrada would be the ace of the Blue Jays staff at the end of June? The 31-year-old right-hander has taken no-hitters into the eighth inning in his last two starts and is 4-0 with a 2.94 ERA in five starts this month. Yes, you could debate that Mark Buehrle is the club’s ace, but if the playoffs were to start today (I know I’m jumping the gun here), Estrada would be my Game 1 starter.

• This summer, sports memorabilia auction house Goldin Auctions will be selling off some of the hardware that Montreal Expos great Andre Dawson won during his Hall of Fame playing career. The Hawk is reportedly doing this for practical reasons. Both of his children have moved out of his Miami home and he and his wife, Vanessa, are downsizing to a smaller place. Among the items that will be up for grabs are Dawson’s 1982 Gold Glove Award, his 1983 National League Player of the Year Award, his 220th home run ball (which set an Expos franchise record in 1986) and his Cubs jersey from the 1991 all-star game that was played in Toronto. For more information on the auction, follow this link.

• In my continuing review of the 1977 Toronto Star archives, I discovered that movie star Robert Redford reportedly purchased tickets to the first game in Blue Jays history at Exhibition Stadium. The paper wasn’t sure, however, if he actually attended the game. Seven years later, Redford starred in the classic baseball film “The Natural.” Most of the baseball scenes from that movie were filmed a short drive from Toronto, at War Memorial Stadium in Buffalo, which has since been torn down.

• This week’s trivia question: Just three Blue Jays pitchers have recorded 100 saves with the team. The first two – Tom Henke and Duane Ward – are fairly obvious, but who was the third pitcher to do so? Please provide your answer in the “Comments” section below. The first person to provide the correct answer will win an autographed Ed Sprague card.