But What Do I Know? . . . Enos Gordon Goudey, Brett Lawrie, Fergie Jenkins 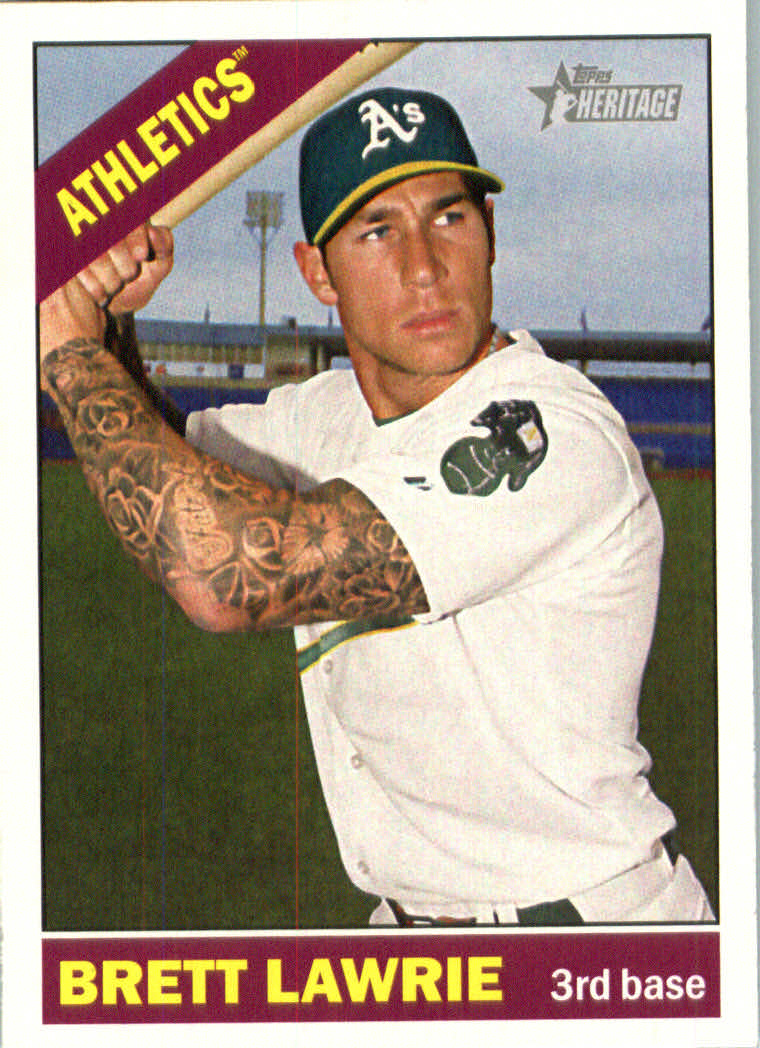 • You know those baseball cards you collected as a kid? Well, it turns out that it was a Canadian who masterminded the first set of baseball cards that was packaged with gum. Nova Scotia native Enos Gordon Goudey, who later moved to Boston, Mass., was the creative force behind the 1933 Goudey set that’s now widely celebrated as one of the best three baseball card issues ever released. The set is chock full of Hall of Famers, including four Babe Ruth and two Lou Gehrig cards. But if you’re thinking of starting to collect these cards, they’re not cheap. A PSA 10 Lou Gehrig card (which is an absolutely perfect example) sold for $274,950 in an auction in 2007. You can read more about Goudey here.

• Benches cleared on Friday after Oakland A’s third baseman Brett Lawrie (Langley, B.C.) slid aggressively – and some would say high and late – into Kansas City Royals shortstop Alcides Escobar in the seventh inning to break up a double play. No punches were thrown in the fracas and Lawrie later defended the slide as a good aggressive baseball play. Escobar sustained a mild knee strain and a contusion and is listed as day-to-day. Whether the slide was clean or not (You can watch it here and be the judge), Lawrie attempted to send an apology via text message to Escobar, but the Royals shortstop said he never received it. The Royals got a measure of revenge on Saturday when starter Yordano Ventura plunked Lawrie off the elbow with a 99-mile-per-hour fastball in the fourth inning. To his credit, Lawrie walked calmly to first base.

• This week I was reviewing a Toronto Star article from the day after the 1976 MLB expansion draft (November 6, 1976) in which the Toronto Blue Jays and Seattle Mariners each selected 30 players that were left unprotected by their existing big league teams. With their seventh pick, the Blue Jays chose veteran reliever Al Fitzmorris from the Kansas City Royals. The Star reported that the Boston Red Sox were interested in Fitzmorris and were dangling Chatham, Ont., native Fergie Jenkins, who was coming off an Achilles injury, as trade bait. The deal which would have seen the Canadian pitching great toe the rubber for Toronto never materialized, and the Blue Jays swapped Fitzmorris to the Cleveland Indians for catcher Alan Ashby and first baseman/outfielder Doug Howard.

• In another Toronto Star article that was published on October 23, 1976, almost two weeks before the expansion draft, Neil MacCarl reported that Baltimore Orioles third baseman Brooks Robinson had contacted both the Blue Jays and the Mariners to tell them he was looking for a job. At the time, the 39-year-old third baseman was coming off a 1976 season in which he hit just .211 in 71 contests. The legendary infielder eventually re-signed with the O’s and suited up for 24 games in 1977 before retiring.

• If you sit in the stands or participate in online forums, you’re well aware that there are an increasing number of boorish and impatient fans out there. If Chicago Cubs’ prized prospect Kris Bryant wasn’t aware of this, he was after his big league debut on Friday. After he struck out for the third time in his first major league game, one of the Wrigley faithful yelled out, “You suck!” (It can be heard in this video.) Yeah, welcome to the “Friendly Confines,” kid.

• Released by the Baltimore Orioles on April 9, J.P. Arencibia has signed a minor league deal with the Tampa Bay Rays. The 29-year-old catcher will report to the Rays’ triple-A Durham Bulls. Arencibia, who suited up for the Jays from 2010 to 2013 and batted .177 with 10 home runs in 63 games with the Texas Rangers last season, has more big league games under his belt than any catcher in the Rays organization.

• On Saturday, it was announced that Pete Rose will join the FOX Sports team as an analyst on their pre-game show for baseball broadcasts. Someone asked me what are the odds he’ll be a good analyst? I said I “bet” he’ll be interesting.

• This week’s trivia question: Catcher Russell Martin clubbed two homers for the Toronto Blue Jays on Friday. Who holds the club’s record for most home runs in season by a catcher? Please provide your answer in the “Comments” section below. The first to provide the correct answer will win a 1980 Topps Steve Carlton card.

12 thoughts on “But What Do I Know? . . . Enos Gordon Goudey, Brett Lawrie, Fergie Jenkins”