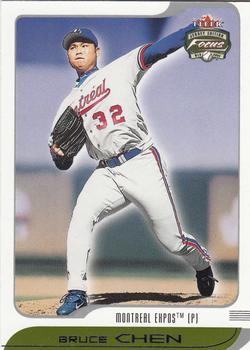 • Gary Woods, who played centre field and batted fifth in the first game in Toronto Blue Jays history, passed away of a heart attack on Thursday at the age of 60. You can read my full obituary on Woods here. The former Jays outfielder becomes the third player from the 1977 squad to pass away. First baseman Doug Ault died on December 22, 2004 and pitcher Jesse Jefferson died on September 8, 2011.

• Philadelphia Phillies closer Jonathan Papelbon has heard the trade rumors linking him to the Toronto Blue Jays. The 6-foot-4, 215-pound right-hander, who will make $13 million in 2015, has a 17-team no-trade list, but he has said he’d be willing to waive his no-trade clause to go to a winning team. “If Toronto wants me, if Milwaukee wants me, whoever wants me, they’re going to get someone who knows how to compete and go play ball and lay it on the line,” Papelbon told reporters at a news conference at the Phillies spring training complex. The fiery and sometimes controversial reliever certainly has his critics, but he remains one of baseball’s most effective closers. Last season, he posted a 2.04 ERA and recorded 39 saves. With all of this said, the Blue Jays, who are still looking for a closer, won’t deal for Papelbon unless the Phillies absorb most, if not all, of his 2015 salary.

• Former Montreal Expos hurler Bruce Chen has signed a minor league deal with the Cleveland Indians that will pay him $1 million (plus incentives) if he makes the big league club. The 37-year-old southpaw, who has pitched in parts of 16 major league seasons, joins fellow former Expo Scott Downs in competition for a spot on the Tribe’s staff. By my count, there are now five former Expos – including Chen and Downs – left that will likely see big league action in 2015. The others are Bartolo Colon (New York Mets), Maicer Izturis (Toronto Blue Jays) and Endy Chavez (Seattle Mariners).

• While I was re-reading a chapter in Stephen Brunt’s excellent 1996 book, Diamond Dreams: 20 Years of Blue Jays Baseball, I was reminded that New York Yankees pitching legend Whitey Ford was in the booth with Don Chevrier for the Blue Jays’ first TV broadcast. The Hall of Fame lefty was filling in for Tony Kubek that day. It’s also interesting to note that only 16 Blue Jays games were broadcast on TV during that first season, according to Brunt.

• Hall of Fame writer Bob Elliott caught up with former Toronto Blue Jays bench coach Gene Tenace and wrote an excellent piece that explains why the longtime player and coach has decided to sell much of his baseball memorabilia, including his 1992 and 1993 World Series rings. You can read that piece here.

• Thanks to longtime Canadian Baseball Hall of Fame volunteer Nelda Oliver for sharing a link to a colorized photo of Babe Ruth during his visit to Vancouver in 1934. To view the photo, scroll down to the third photo in this link.

• A.J. Sports World announced on Saturday that Blue Jays World Series hero Joe Carter will be appearing at the next national Sport Card Expo set to take place at the International Centre in Toronto. Carter will be signing autographs on May 2. For more information, click on this link.

• The Boston Red Sox have given manager John Farrell a contract extension through the 2017 season. I enjoyed Toronto Sun columnist Steve Simmons’ take on the former Blue Jays manager’s extension in his column today. “John Farrell has managed four years in the big leagues, been last twice, second last once, and won a World Series in that magical year in Boston,” wrote Simmons. “For that, Benedict Farrell gets a contract extension that carries for three more years with an option for a fourth. What do the Red Sox know about him that the rest of us don’t?”

• This week’s trivia question: The sad passing of Gary Woods got me thinking about that snowy Toronto Blue Jays home opener on April 7, 1977. Former Blue Jays executive Pat Gillick, who was elected to the National Baseball Hall of Fame in 2011, would’ve been at the ballpark that day, but can you name the two Hall of Famers (Cooperstowners) who were in the dugouts (as part of the Blue Jays or White Sox organizations) during that contest? Please provide your answer in the “Comments” section below. The first person to provide the correct answer will receive a 1989 Upper Deck John Smoltz rookie card and a 1990 Upper Deck Larry Walker rookie card.