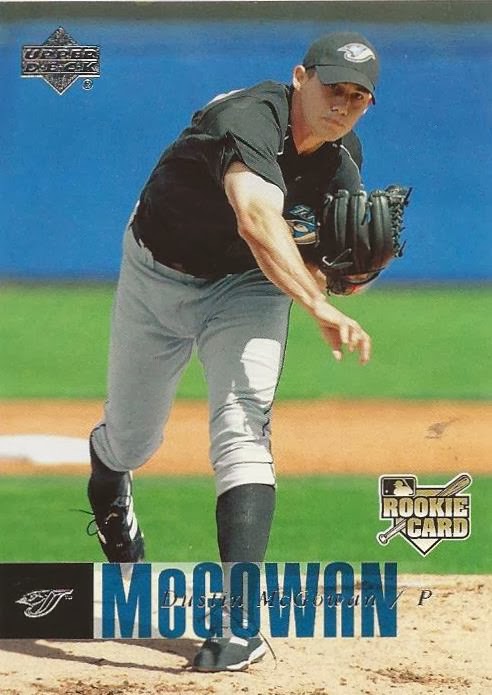 My weekly look at some Canadian baseball stories:

– Toronto Blue Jays right-hander Dustin McGowan recorded his first big league win in almost six years on Friday, but surprisingly that’s not the record for the longest span between major league wins. Interestingly enough, that record appears to belong to Blue Jays’ pitching coach Pete Walker, who won one game with the New York Mets in 1995 and wasn’t victorious again until he was with the Blue Jays in 2002.

– Left-hander Erik Bedard (Navan, Ont.) was one of the Tampa Bay Rays’ last cuts this spring. After shopping his services around, the Canadian lefty ended up re-signing a minor league deal with the Rays. After just one appearance for the Rays’ Triple-A Durham Bulls, Bedard has been recalled and the Tampa Bay Times reports that he’ll be in the club’s bullpen today. There’s a still a chance that Bedard could replace Matt Moore (elbow injury) in the Rays’ rotation in the near future.

– Former Blue Jays closer Jeremy Accardo signed with the independent Atlantic League’s Long Island Ducks on Wednesday. The right-handed reliever spent last season with the Washington Nationals’ Triple-A affiliate in Syracuse and last pitched in the big leagues with the Oakland A’s in 2012.

– The two exhibition games the Blue Jays played in Montreal drew over 97,000 fans to Olympic Stadium and provided proof that there are still plenty of baseball fans in the city. But there’s probably no bigger Expos fan than Perry Giannis, who has assembled an impressive collection of Expos game-worn memorabilia. You can check out his collection in this story.

– It was 30 years ago today that newly signed Montreal Expo Pete Rose recorded his 4,000th big league hit. It was a double off of Philadelphia Phillies left-hander Jerry Koosman at Olympic Stadium. To read more about this milestone hit, you can visit my Cooperstowners in Canada Facebook page.

– Matt Boyd is rarely mentioned as one of the Blue Jays’ top prospects, but the 23-year-old southpaw, who was selected in the sixth round of the 2013 MLB draft, has been arguably the most impressive pitcher in the Jays system to begin the season. In two starts for the Class-A Dunedin Blue Jays, the 6-foot-3 lefty is 2-0 and has yet to yield a run. Boyd doesn’t get a lot of ink because his arsenal is more efficient than electrifying. To get hitters out, he combines a 88-to-90-mph fastball with a 76-to-78-mph circle change-up and a low-seventies curve ball. Last season he posted a 2.62 ERA in eight combined appearances between Dunedin and Low-A Lansing.

– @BaseballRetirements on Twitter has informed me that Chuck Kress, an outfielder who suited up for the International League’s Toronto Maple Leafs in 1954 passed away on March 4 at the age of 92. Born in Philadelphia in 1921, Kress was signed by the Cincinnati Reds in 1940. He proceeded to play parts of four seasons in the big leagues with the Reds, Chicago White Sox, Detroit Tigers and Brooklyn Dodgers. He also suited up for parts of 16 minor leagues campaign. In his sole season with Toronto, he socked seven homers and recorded a .401 on-base percentage in 53 games. Kress had been residing in a nursing home in Colville, Wash., after suffering a heart attack in September. You can read his full obituary here.